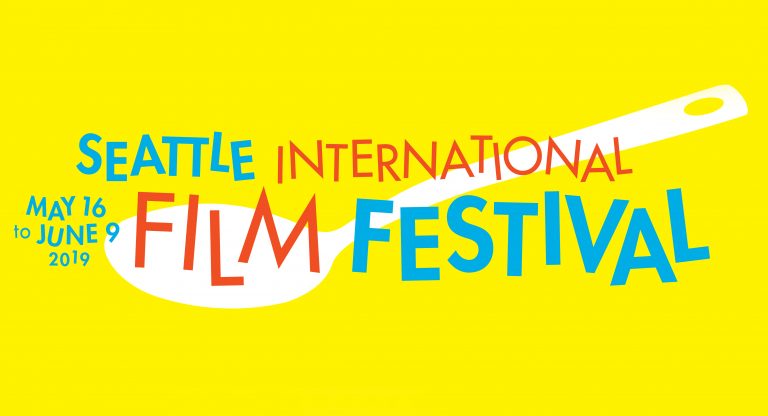 Josh: I hope everyone’s still in their best red carpet looks because it’s time for our own awards ceremony, The Golden Sunbreak Awards. No fancy glass statues or brunches, but still a great honor nonetheless. Let’s start out at the top, what film gets your vote for best of the festival? And the envelopes, please …

Chris: I believe Sword of Trust was the best feature I had seen. It was definitely the funniest movie I saw at SIFF (admittedly I saw nowhere near as many comedies as I’d like), but I loved the dialogue between the four lead actors. I think it really worked in Lynn Shelton’s favor to cast a working comedian as a lead as Maron was able to deliver some of the best lines in the movie. It was surprising to me how much more enjoyable this movie was compared to Brittany Runs a Marathon, which also featured Jillian Bell and Michaela Watkins, but far less successfully. Bell and Watkins were so much more comfortable (and funny!) working with Shelton than not.

Josh: Great choice! SIFF’s trio of female-fronted comedies in the gala slots were a great armature for the festival. FWIW,  I agree about Brittany. It’s a cute story about the life-changing magic of making adult life choices (that’s also loosely based on a true story with a spoiler in the title). Although it partially overcame my extreme biases against long-distance running, a few of the subplots didn’t quite work. I will say that I appreciated how it never made Brittany into a saint, and to an extent her flaws are exacerbated once she starts running.

Tony: It’s really interesting: I saw a lot of very good movies that, for some reason or other, fell short of greatness. Of the narrative features I saw, I think I’d probably call out Knife + Heart as the narrative movie that most entertained me, and did what it was supposed to do the most adroitly. I was hoping to pick a non-genre movie for this, but so be it.

Josh: I think we would have all been shocked and disappointed if you’d picked anything non-genre!

Morgen: My best feature goes to Remi, Nobody’s Boy. I knew from the moment I saw the trailer I’d like this film, I was just hoping it would capture me from beginning to end and that’s just what it did. So many sweet, grand, and beautifully cinematic films can fall short if the actors or storyline aren’t carefully tended to. Relying on the beauty of the shots rather than the characters happens so often, that I’ve learned to brush it aside and try to enjoy it for the fun… but this time I didn’t have to. It combined the whimsy and beauty of Amelie with the storyline of a well-defined Oliver Twist. I cried, sincerely cried, and let out a genuine and hearty laugh more than once and lost all sense of the world around me as I fell deeply into these characters and their stories. That’s the best compliment I can give to any feature and I look forward to seeing it again.

Josh: I feel like I have already hyped the Farewell on so many preview and recommendation posts that I should come up with something new to nominate here, but Lulu Wang’s insightful, touching, and funny family conspiracy dramedy is so far and away the best thing I’ve seen at SIFF this year … and probably the only film I saw at the festival with a shot at hanging on for a spot in my year-end best-of list. It’s a shame that it was out of competition for the official balloting since audience awards are helpful for independent-adjacent primarily foreign-language films to build buzz, but I’m sure that it’ll do fine in wide release without a Golden Space Needle on its shelf.

Josh: Let’s move on to SIFF’s most popular category — I think that I heard Beth say at one of the presentations that the list of highest-rated audience was completely dominated by documentaries. We already gushed about Lynch: A History, which a very homer choice for best documentary, but I’ll give it my Golden Sunbreak nonetheless. As much as I enjoyed many other docs this year, they played to the crowd with conventional structures and feel good endings. So I have to give style points to David Shields for playing with form and building a message that explored media dynamics, social justice, and the legacy of american professional sports through an impressionistic collage. Which was your favorite?

Tony: You’re not alone in praising Lynch: A History. It was easily the best doc I saw throughout SIFF 2019. But since we’ve talked about it so much, I also wanted to give a close runner-up nod to Kifaru, a powerfully moving account of the efforts by a Kenyan wildlife preserve’s staff to keep the last few surviving white rhinos safe and healthy.

Chris: I do think Roll Red Roll, the documentary about the Steubenville rape case from a few years ago, is the best movie I saw. And it was one of the first. It was a powderkeg of a movie that is as well told as any narrative feature, which also giving a clear meditation on how entrenched power tries to protect itself. It’s a riveting movie whose foundation will rattle you. Or at least it did me.

Morgen: I mentioned this film near the beginning of the fest because it was compelling and one of the first I watched, but it stuck with me throughout as my favorite food and documentary film. Funke was a combination of some of my favorite things, food, chefs, passion and traveling. I was so intrigued by the story I went in search of the titular Funke and read more about his first failed attempt at opening his own place and whether the new one has survived (p.s. It has, hooray!)

Josh: Onto our final award … Acting! Any performance that you’d like to call out from this year’s festival?

Tony: My Golden Sunbreak Award for Best Actor (again, from a very limited field) was Marc Maron, whose star turn in Lynn Shelton’s very entertaining Sword of Trust genuinely anchors the movie. Shelton’s an actor’s director, so I reckon this shouldn’t surprise me.

Morgen:  There were two features that I really truly loved, El Angel and Remi, Nobody’s Boy. Thankfully I can give each of these a big thumbs up and stick to our rule of one film per award.  The lead actor for El Angel, Lorenzo Ferro, was absolutely magnificent. His easy, sly manner on film creating a confident and sometimes sexually charged character while also remaining wide-eyed, young and almost naive was incredible and compelling; especially when you consider this was his first ever role.

Chris: My Golden SunBreak Award for Acting to Aisling Franciosi from Jennifer Kent’s The Nightingale. Franciosi was riveting as a young woman who is out for revenge after the most horrible things are done to her and her family. It is not an easy film to watch, but this performance makes you want to keep going with this movie, when it is probably about 20 minutes too long – the last 20.

Tony: I am legit with you, Chris, on Franciosi’s performance in The Nightingale. And there is so much to admire in that movie. But for me, it just kinda loses its way in the final reel.

Josh: I’m on the same page … I was thinking about the Nightingale for this one, too: either Franciosi’s grounded performance in the face of so much violence, or Baykali Ganambarr, who brought depth and humor to the role of a between-worlds indigenous tracker who guides her through her revenge quest.  But since you already called that film out, I’m going to give my acting award to Julian Hilliard and Icee the Golden Retriever for their split performance as the weirdest kid in a very bizarre neighborhood in Greener Grass. This movie was so ridiculous (as evidenced by the role being split between a hilarious human boy and an adorable young dog), yet the initially absurd humor slowly and sneakily gives way to Lynchian horror. By the end, I have to admit that, for better and worse, the film and its arresting images could wind up as the SIFF movie that’ll stick in my head the longest.

With that, let’s close out this virtual awards show before someone storms on stage to tell us that we read the wrong winners. We’ll re-convene to wrap-up our thoughts on the rest of the festival, the official awards, and the best-of-SIFF programming.

Keep track of the SunBreak’s ongoing SIFF coverage on our SIFF 2019 page, plus news, updates, and micro-reviews on Twitter @theSunBreak.﻿