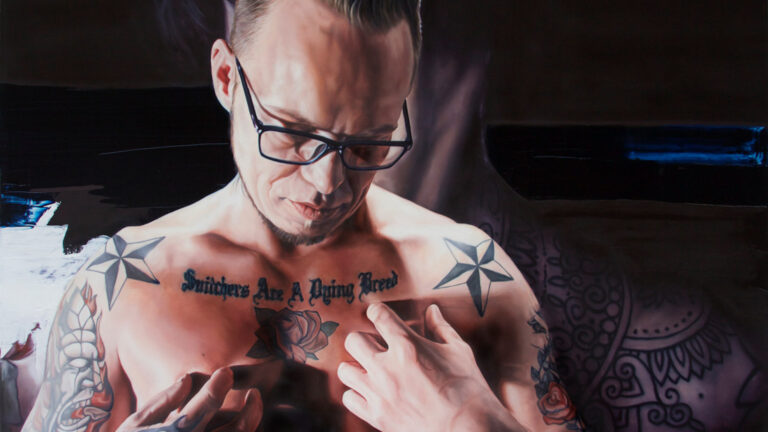 Drug addiction is an absolute monster. One that looms over you and the people you love even when you’re in recovery. The freshly released documentary, Benjamin Ree’s The Painter and The Thief, takes us through a winding and weaving story fraught with misery, fear and best of all grace.

Meet Barbora, an incredibly talented Czechoslovakian realist painter who finds out her most prized paintings have been stolen right off their frames from the front windows of a gallery in Oslo. Enter Karl-Bertil, a long-time thief and drug addict, the plunderer of Barbora’s work. Karl was quickly apprehended after being caught on camera and while on trial, Barbora approached him to talk. Soon after he was a mainstay at her studio as he became one of her favorite subjects. The story continues to unwind in ways I would never have imagined.

This film is bewitching from beginning to end. Coming from personal experience, starting a friendship with someone deep in addiction is a unique and painful process. You think you understand who they are, but this version of them only exists because of the chemicals coursing through their veins which is both deadly and unpredictable. It was riveting to watch from outside of the story, knowing how it feels to be inside it. Fascinated at the way Barbora spoke and listened with such an open heart, I felt almost jealous of her unfailing ability to accept Karl for exactly who he was. That’s a gift that most of us just don’t have and made this story all the more powerful. Watching it unfold as it did gives us all an understanding of how human each and every one of us are, and how fragile.

I’m not at all surprised that Ree’s docudrama has caught the attention of film festivals already receiving accolades like the 2020 World Cinema Documentary Special Jury Award at Sundance. Right now you can experience this rollercoaster of emotions on Hulu. While watching an intense true-to-life story might sound daunting, this one will leave you crying and joyful.

View the trailer below and find it on SIFF’s Virtual Cinema or Hulu here: The Painter and The Thief