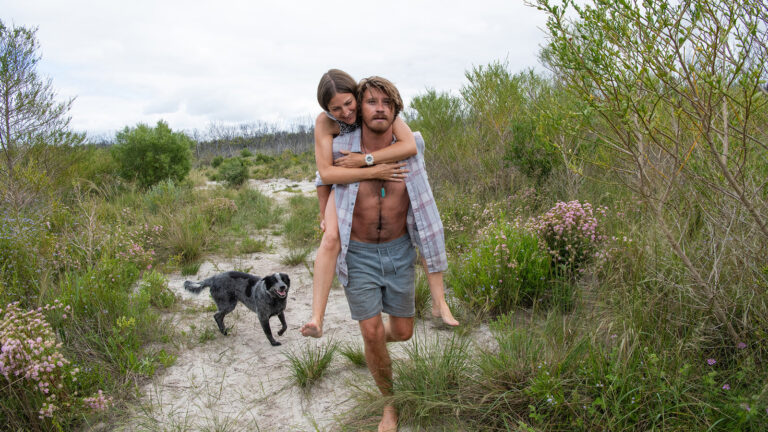 A recent tragedy brings Lu Fox (Garrett Hedlund), an ex musician and nomad constantly flirting with illegal activities, to the brink of destruction through a daily battle with his inner demons. Nearby, Georgie (Kelly MacDonald) fights the black hole that has become her life contending with a distant partner, Jim Buckridge, who is really only looking to replace the departed mother of his children. One day, in the tiny town they both Lu and Georgie call home, their lives crashed together like waves.

The gorgeous landscape of Western Australia takes this film from riveting to absolutely breathtaking. Add in a mix of melancholy, but beautifully curated, music and you have something really special. MacDonald was particularly spellbinding as the cast-aside stay-at-home mother who adamantly refused to become Jim’s wife (knowing it was the wrong path long ago) and corrected anyone who dared say she was. The town she now lives in is under the thumb of the man who brought her here and the moment she and Lu connected, the entire town knew about it and made him pay for his trespass. The world became a swirling mass of frustration, sadness, desperation and hopelessness except when she was with Lu. It’s a beautifully told and stunningly filmed feature that both calls you to this wild place and warns you of its dark side.

Dirt Music is available to rent on various streaming platforms.