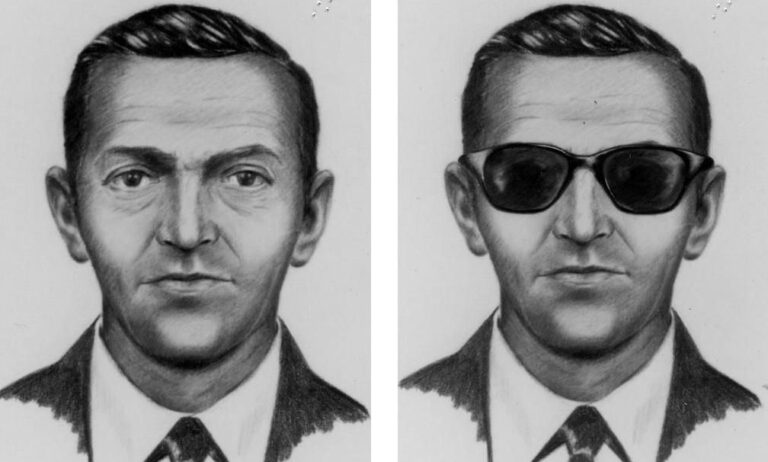 It has been almost fifty years since someone hijacked a Northwest Orient Airlines plane leaving Portland for Seattle. The anonymous passenger took a cool $200K and literally disappeared into the night. He was never captured and his identity has been the subject of immense speculation since the November 1971 hijacking with no definitive answer. It’s reportedly the only unsolved air piracy case the US has ever seen.

The case is the subject of a compelling new documentary on HBO called The Mystery of D.B. Cooper. It doesn’t put us any closer to finding out who the mysterious Dan Cooper really was, but it explores four promising leads, all with some evidence that supports claims to certain parts of the mystery, including Barbara Dayton, the first person to ever have gender-reassignment surgery in Washington state.

Filmmaker John Dower interviews the living figures in the drama (a pilot, flight attendant, and FBI agent), two authors of books about the Cooper mystery, as well as people close to the primary suspects. He’s happy to let viewers in on guessing who (if any of them) could’ve been the real Dan Cooper.

I think what makes the Cooper case so fascinating to so many people is that it is the perfect crime. The person who pulled it off has an astronomical level of confidence and skill, they walked away with a large sum of money, left no one hurt (but with stories to tell) and they got away with it scot-free. The more conspiratorial of the authors interviewed for the movie summed it up well: “People who think ‘I’m just not tough enough, I’m just not rich enough and I just don’t have enough opportunities; If I had a little more of something, I’d have a better life.’ Cooper figured that out. He got away with it. I want to be Cooper. I want to be tough enough to jump out of an airplane in November at 8 at night in the rain and not give a shit.”

The other author had access to the FBI files and thought he’d be able to sift through the documents and figure out who did it but was stumped because the files were so full of bogus leads that it was so difficult to sort between what was legitimate and what was bullshit.

Dower’s interviews with the friends and family of the Cooper suspects puts you on a roller coaster ride, where you’ll think “OK, this makes sense” and then some more conflicting evidence shows up in a scene about a different suspect. It had so many plot twists that I couldn’t help but be drawn into it.

Eventually, the FBI concluded that they will likely never solve the mystery of D.B. Cooper and closed the case. I think that’s for the best. Let everyone have their claims to the story. It doesn’t matter. No one got hurt.