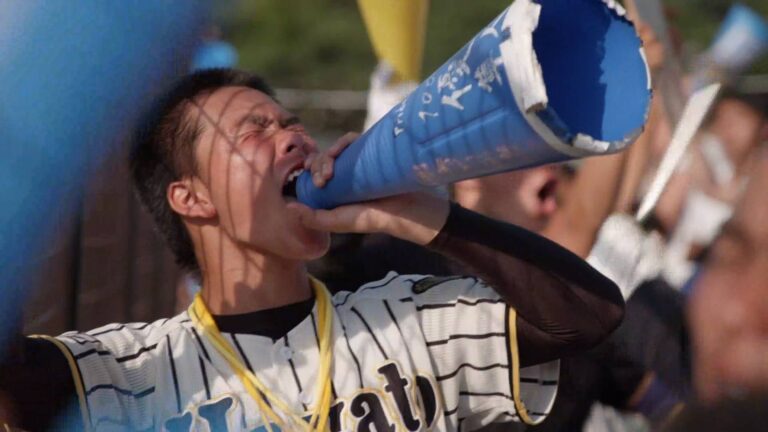 Here in Seattle, and honestly all over the US, the name Ichiro is synonymous with Japanese baseball, but do we really know what it’s like to rise in the ranks in their leagues or what the game means to their culture? It was a mystery to me until Ema Yamazaki’s Koshien shed more than a little light on the subject.

Starting in high school, young men are offered the opportunity to dedicate their lives to baseball, and I mean dedicate in every sense of the word. The team becomes their world and the impassioned way they celebrate their victories and mourn their losses is palpable. Koshien follows two coaches, Tetsuya Mizutani from Yokohama Hayato High School in Kanagawa prefecture and his protege Hiroshi Sasaki from Hanamaki Higashi High School in Iwate Prefecture, in their quest to make it to Koshien, the world series of Japanese high school baseball (named for the stadium where it’s held). Focusing mostly on Mizutani, both on and off the field, you get a sense that nothing else in the world matters more to this man than baseball.

Amidst the practices and up-close and personal interviews, the director pulls you into the culture of the sport; described by citizens as the only national sport the country has. It really started to surge when WWII ended and folks were looking for something to look forward to.

However, this film was about a lot more than just baseball. Not only do these young men offer up every spare moment of their time, but the coaches give up every other aspect of their lives including family. Coach Mizutani was to take over the family business, it was even his father’s dying wish, but the passion he felt for baseball overtook everything despite several years losses at Koshien . Even at the end of the film when asked if he wanted his son to go to the finals he said, “No, I want to be there”. That moment really hit me and I think, for Mizutani in particular, baseball has moved beyond the realm of passion and into obsession.

It was a unique look into the world of baseball that many Americans, especially if you love baseball, should experience. The film takes something so ingrained and entwined with American life and throws the lens of a completely different culture in front of it. While some things seem exactly the same, others take a hard left turn. It may have been a bit slow at times and uncomfortable in its raw view of the protagonist, I felt invested in the story completely.

Koshien is now available to watch at virtual cinemas and on ESPN.