You’ll Get Yocks, Rock, and Shocks out of Uncle Peckerhead 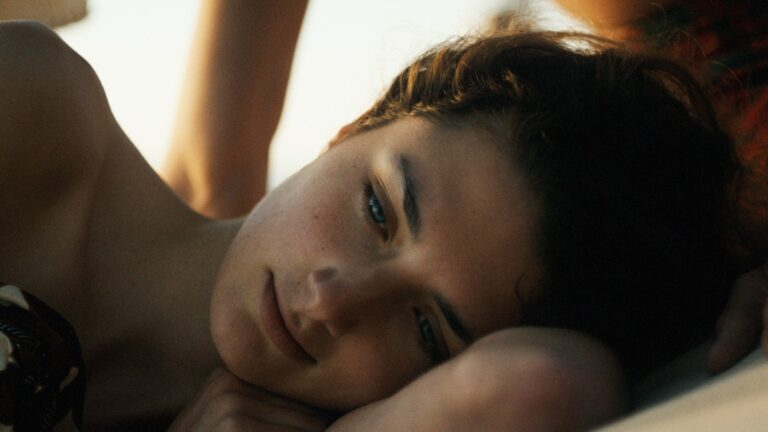 With the Seattle International Film Festival featuring somewhere around 400 different films every year, the odds are strong that if you go in with an open mind and take a chance on some films you know little about, you’ll find something you fall for. Such is the case for me with Noble Earth, which is found in SIFF’s New American Cinema program (the Glengarry leads of SIFF exploration).

Noble Earth is the first feature film from British-American filmmaker Ursula Grisham. It tells the story of a young woman, Emma, who loses her New York job and heads to Florence, Italy for a post-employment, extended vacation. Emma meets Tancredi, a charming, Italian fancypants from a wealthy, powerful family. Emma thinks at first that marrying into aristocracy is not everything she hoped and dreamed it would be. The acting is strong, with Daisy Bevan being a revelation as Emma. I’ve seen her in The Two Faces of January, an underrated Highsmith adaptation from 2014, but this film best showcases her skill and range as an actor. With so many strong performances, it surprised me that the cast was overwhelmingly made up of inexperienced actors (with some exceptions, discussed below). The scenery is beautiful. It makes you want to…err, you probably already want to visit Florence, but this strengthens the case.

Ursula Grisham’s resume is impressive. The filmmaker graduated with High Honors at Dartmouth, and worked in banking before turning to film. She has directed a handful of short films, and is head curator for Filmatique, a small, film collective that makes under-the-radar, independent films accessible through streaming.

Noble Earth made its US premiere at SIFF this weekend, with Ursula Grisham and producer Lorenzo Fiuzzi making the trip to the Pacific Northwest to show the film to an American audience for the first time. Grisham made time to talk with me about her great feature.

Where did the idea for Noble Earth come about?

Like most features, this is a project that has been gestating for quite a long time. I think we came up with the idea to make it about six years ago. I think that was when the first version of the script was written. I was living in New York. One of my collaborators, Lorenzo (Fuizzi), who is a producer (Noble Earth) and here at SIFF too…we had met in theater school. I had written a play and cast him in it, and then we did a few other plays. We started doing some short films with a few other collaborators.

He wanted to make a film about where he grew up, in Florence. He didn’t belong to this aristocratic class, but a lot of his very close friends did. It was a story he wanted to tell. I started going over there to research the area and meet the people. I just spent a lot of time there. It was like an extended vacation (laughs). I did that for two or three summers. His original idea was much different than how the film came out. In the end, he wanted to tell it from the Italian perspective, but he wanted me to direct it. But the more time I spent there, the more I realized I did not feel like I was privileged to that perspective and I needed to tell it through the eyes of an outsider. I also wanted to tell it through the eyes of a female character.

The second thing that interested me is that there’s this archetype, sometimes it’s a cliché, or portrayed as a cliché, but a society that’s run by women. You have the “la mamma” character in Italian culture. La mamma decides everything, not in a traditional sense, but that she determines everything in Continian life to the extent that culture is destiny. I wanted to explore how female repression fit into the context of this world run by women. I was interested in this character’s journey and how female repression isn’t necessarily this one-sided thing. That was a duality that I wanted to explore. This provided a perfect environment which to explore that.

I really liked how you told this story from the perspective of an outsider drawn into this aristocratic world and seeing it’s not exactly what she imagined. Was there a lot of research you did to try to accurately depict Florence’s upper crust society? I know you said you spent a lot of time in Florence…

I would love to say I did so much research. The moment I realized when I realized I wanted to do this film was the intersection of spending a lot of time there and reading a book by Giuseppe Tomasi di Lampedusa, called Il Gattopardo, which means The Leopard. It was also made into a movie in 1963 by Luchino Visconti, who is a very famous Italian director. There is an amazing quote from the film,  which is about the unification of Italy, and overturning the king in order to create a modern democracy. One thing we forget about Italy that as a modern democracy, it’s a younger country than the United States. There’s an amazing line from a young soldier for Garibaldi, who tells his uncle, who is this old, important aristocrat in Sicily, he tells him, “for things to remain the same, everything must change.” It’s a riddle and it’s about this culture that is constantly fighting to preserve the way things are. I feel like very little, at least for these people, has changed. That’s when I knew I wanted to make this film. So that’s the research that I did: studying this book, studying this film, and seeing how they were portrayed over time, how they acted, how they communicate with the outside world, that and just being there.

I want to say one more thing about Italian rich people. I don’t know so much about how rich people live in America, except for watching really bad TV shows, but in Italy, it’s very interesting and it’s very different. These old money-type of people, they’re very secretive. When they’re on the streets, they want to be invisible. These are people who own huge amounts of property, but have a Nokia phone, they drive an old Fiat from the 80’s or 90’s, like they’re allergic to this flashy, ostentatious way of living. They have a term for it called “La sinistra di cashmere,” or “The Cashmere Left.” They’re very liberal, left-wing, but they also sit on their armchairs, wear cashmere, and talk about how the world can be better. It’s this very dichotomy between how they talk and how they’re living.

I do want to ask about your casting of this movie, because I particularly liked the lead, Emma, played by Daisy (Bevan).

Daisy is actually a person I knew from New York, from the same theater school. I’ve always really liked her because she was always so understated. In theater school, I didn’t get to fully see what she’s capable of, because in theater school they expect you to be really big. In film, it’s completely different. She always had this regal, graceful presence, but also very timid. She was a very complex person in real life. When I wrote the script, the character was American. My intuition led to me to try Daisy, just in case. She’s British. We did a proper casting for this character, and a few others. The rest were played by non-professional actors who were mostly playing versions of themselves.

We auditioned a ton of girls. I think I saw something like 400 girls. We did so many rounds that my producers were asking “When is this going to be enough?” It wasn’t a typical audition, it wasn’t “just do a scene.” We asked them to read a particular poem with a particular intention. It came down to Daisy and another actor who is more famous than Daisy. I won’t say who it is, but she’s doing really, really well right now. Thank God my producers believed in my artistic vision more than selling the film. The final audition wasn’t really an audition, but more about asking questions about the characters, to get into the psychology of the character. You can see her gaining momentum as she’s speaking. You could really tell that she was the right one for the part. That was really awesome.

She felt so natural in the part, and she had a presence on screen where, like you said, she’s very understated, but very graceful and pretty so you could easily imagine someone from the upper class being enchanted with her. I was really taken in by her performance because you can see where she was aware of her own complicity in being taken into this world, where she thought that being part of a wealthy family would take care of all of her problems, but it brought on a completely new set of problems. She doesn’t let herself off the hook that way.

I think that’s very challenging for an actress because the part is so complex and a lot of films only expect their actors to hit one note, so she doesn’t play that as just being angry or frustrated. But when she plays this part, I think she’s able to capture the hypocrisy of that world because she’s also afraid. That’s something you see as an audience, but you don’t know how to react in the moment. She’s saying all these things that you know are true, but she also chose to be there.

I also wanted to ask something you said earlier, that most of the cast was made up of non-professional actors.

What was it like to work with so many people that aren’t trained actors, or who hadn’t gone to school to study drama…

It’s definitely interesting. I had a big advantage in that I spent a lot of time with the cast and we had conversations before about the film. It was a long process getting to set. It’s just a matter of making them comfortable at least half the time. A lot of directors are very adamant about the words that are written on the page, but I’m not like that at all. I’m more interested in the dynamic of the scene, or the structure of the scene, or if two characters have different intentions and how their intentions or methods play off of each other. You just direct them that way and try to keep it as organic as possible. Everyone was really great.

There are three Italians we cast who had acting experience. The mother (Bettina Giovannini) had a lot of experience and had worked as a professional actor, but she hadn’t acted in a long time. She’s also the producer Lorenzo’s mother in real life. Another was the brother, Lapo (Pierangelo Menci). The actor who was in the lead, Tancredi (Elia William Cittadini) was also an actor but he’s mostly done theater work.

I know we’re running low on time and you have a screening to get to, but I want to ask what’s going to happen to this movie after it finishes its run at SIFF?

This is about the end of our festival run. We started in September, so it’s been nine months now. We don’t have anything to announce yet, but we did sign a distribution deal, which is fantastic. I feel very fortunate because I know it’s incredibly difficult for first films, especially arthouse films, to get distribution. The plan is to try to hit as many more festivals as we can until that point and then start the distribution process in the fall. It’s really awesome to have it be seen. That’s what we want. We know we’re not going to make any money from it, maybe from the second or third film, but right now we just want it to be seen.