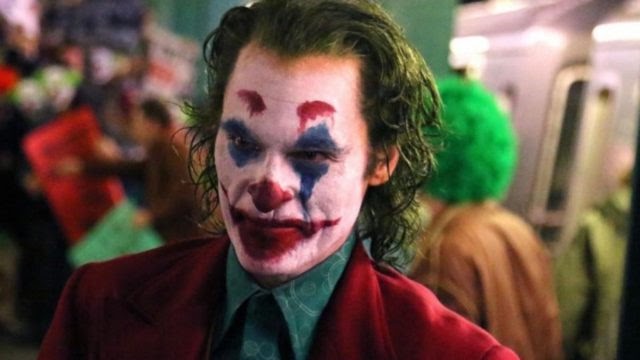 There’s an alternate universe somewhere, where Martin Scorsese stopped making movies around 1973. There’s no such thing as Taxi Driver or The King of Comedy there.

In that alternate reality, Joker, director Todd Phillips’s take on the origin story of one of the great arch-villains in the comic-book pantheon might be something special; maybe even a flawed masterpiece. Then again, maybe not.

In this universe, we’ve already got Taxi Driver’s thorny, complex, darkly comic study of disenfranchisement and testosterone forming a stew of toxic masculinity. And for almost 40 years The King of Comedy‘s wickedly sardonic examination of Western culture’s morbid, irrational fixation with celebrity and fame has endured. Joker wants, with all its shallow little heart, to be a mash-up of both of those films. And as a consequence, it feels a lot like Scorsese leftovers.

But the hard reality is, Phillips isn’t Scorsese. Phillips is also not Christopher Nolan, the captain of the ship that launched Heath Ledger’s indelible portrayal of The Joker. Hell, Phillips isn’t even American Hustle-era David O. Russell. There are, to be certain, a few flashes of brilliance glinting through this movie. But they’re few, far between, and (from this cramped perspective, at least) not really worth scraping for.

Joker follows Arthur Fleck (Joaquin Phoenix), an awkward, mentally ill guy working as a clown-for-hire. He nurses ambitions of becoming a standup comic, but those aspirations are constantly beaten down by gritty, thankless reality. He’s assaulted violently by street kids who disrupt his sign-spinning clown gig. He lives in a hovel of an apartment in Gotham City’s projects, caring for his invalid mother as he scribbles unfunny, skewed jokes and observations in a notebook. He watches his favorite talk show obsessively, hoping that someday he can join host Murray Franklin (Robert De Niro) as a guest.

Then things truly nosedive for Fleck. He loses his job when a gun he’s carrying for self-defense slides out of his costume during a children’s hospital gig, and his Social Services Case Worker (also his sole legal source for anti-psychosis meds) closes shop due to budget cuts. Then one afternoon, he’s bullied to violent action, and with six gunshots the super-villain’s origin story officially launches. Elsewhere, other elements of the Joker character’s mythos—most specifically, Fleck’s fate intersecting with that of a prepubescent Bruce Wayne—eventually surface.

Phoenix’s performance turns out to be the one element of Joker around which most everyone (myself included) can agree. He’s full-on, 110% committed to building an alternately pitiable, creepy, annoying, charismatic, and flat-out frightening character here, and his cauterizing intensity is the movie’s indisputable selling point.

There’s also no arguing the dense visual tapestry Phillips and his technical team have crafted. Joker’s Gotham City is, of course, a surrogate dead ringer for New York, and the period 1981 setting brims with detail. Gaudy marquees announce seedy exploitation films and vintage mainstream fare, the cityscape is a universe of dull asphalt and bricks, and the dirty streets of Gotham are so steamy and fetid-looking you can almost smell them.

But those assets pretty much get kneecapped by Phillips’ ham-fisted execution. There’s no self-awareness, verve, or biting wit—just standard-issue aping of Martin Scorsese’s most superficial, easily-imitated directorial tics: The gritty look, the balletic slow-mo, and the use of baby-boomer rock and pop hits on the soundtrack.

Phillips also demonstrates zero faith in the intelligence of his audience: after laying out uncharacteristically subtle clues that Fleck’s interactions with one key character might be a figment of Fleck’s imagination, Phillips clubs the audience over the head with a montage of scenes that hammer home that fact with numbing literalness.

Worst of all, some intriguing ideas are clumsily stomped on and rendered shrill and hollow. Phillips doesn’t just call out society’s acrid cynicism and dearth of compassion as primary reasons for Fleck’s slide into psychotic villainy—the director rains sledgehammer blows down to prove the point. Fleck/The Joker’s crime against three smug Wall Street pricks inspires a whole movement of disaffected citizens to don clown masks in protest—clumsy semaphore for the economic disparity that four decades of Trickle-Down Economics and Donald Trump’s ascension have wrought on our country. Every concept, every statement in Phillips’ and Scott Silver’s script is as crudely scribbled as Magic Markered graffiti on the side of a building.

There’s been an awful lot of fretting about the irresponsibility and danger inherent in Joker’s content. And sadly, there’s some merit in that concern, I guess. In this day and age, the romanticizing of an awkward nerd’s violent outbursts against a society that’s bullied and subjugated him is definitely fodder for the right kind of wing nut to go full-on copycat. And Phillips’ empathy really rides the knife’s edge of feeling like excusing—even tacitly endorsing—the violent actions of Fleck and the disenfranchised mob he’s inspired.

But this film isn’t the work of a gifted provocateur. It’s the byproduct of a technically competent filmmaker who’s nowhere near as incisive, artistic, or intellectually deep as he thinks he is. The greatest (surely accidental) irony embodied in Joker is that it’s exactly what a comic-book movie directed by Rupert Pupkin would look like. And like that iconic Martin Scorsese character, the end result’s pretty damned insufferable.