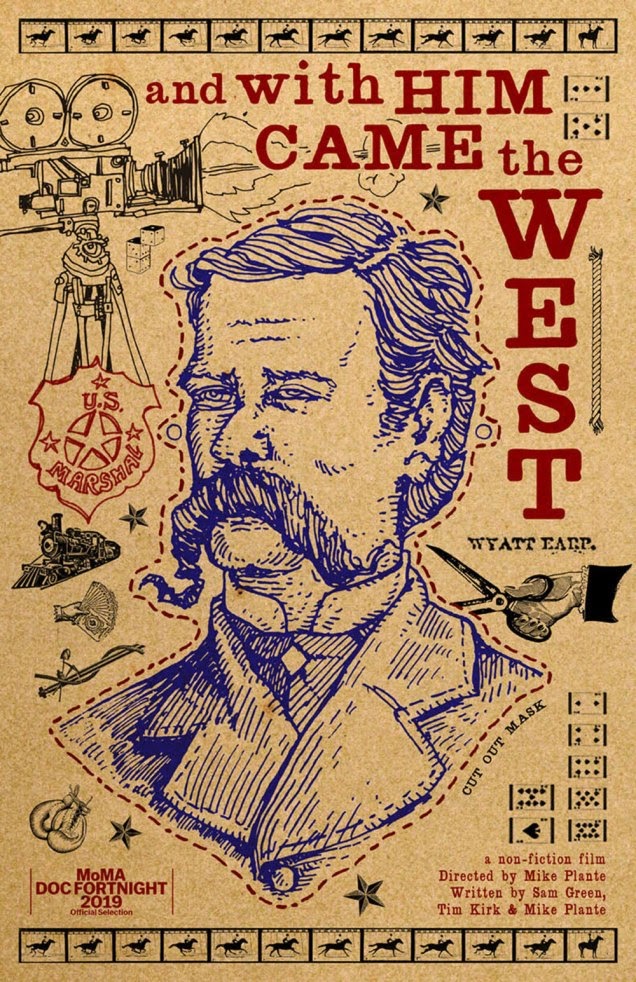 It’s easy to see why Wyatt Earp and the gunfight at the OK Corral has been portrayed so many times in film and on television, dozens and dozens of times. The Wild West is often romanticized, Earp has a reputation as an amazing gunfighter, and the way the OK Corral’s legend has been distilled sounds perfect for a film because of its dramatic elements and easily-identified heroes. Few people who have actually lived have been portrayed more often.

But according to a riveting new documentary from filmmaker Mike Plante, Earp spent the twilight years of his life hanging around movie sets, trying to convince his Hollywood friends to make movies about his life. God bless him, it worked. Earp served as a consultant on the film Wild Bill Hickok, where he was also portrayed by Bert Lindley. It was the only film that portrayed Wyatt Earp within Wyatt Earp’s lifetime, but dozens more would follow him posthumously.

Plante’s film documents how revisionist history can thrive when accompanied by a great story. One of the most fascinating parts of the film occurs in the middle when actors who play Earp and Doc Holliday in the actual Tombstone, AZ, are interviewed. They all believe the story as it’s come to be told, and believe they are faithfully telling the story as it happened, albeit with some of their own improvisations for entertainment reasons.

For his part, Plante doesn’t really concern himself with condemning Wyatt Earp for his role in his own revisionism, but the way that the powerful medium of film can be used to further a false, but self-serving, narrative. It’s an engrossing movie (not least where Stacy Keach is talking about the craft of acting) and deftly makes its point about trusting narratives you’ve always assumed to be exactly as told. At least we’re more vigilant about sussing out the truth today!

And With Him Came the West plays at the Northwest Film Forum on Friday, December 6 at 7 pm. Director Mike Plante scheduled to attend, and also teach a master class at NW Film Forum. Tickets and more info can be found here.