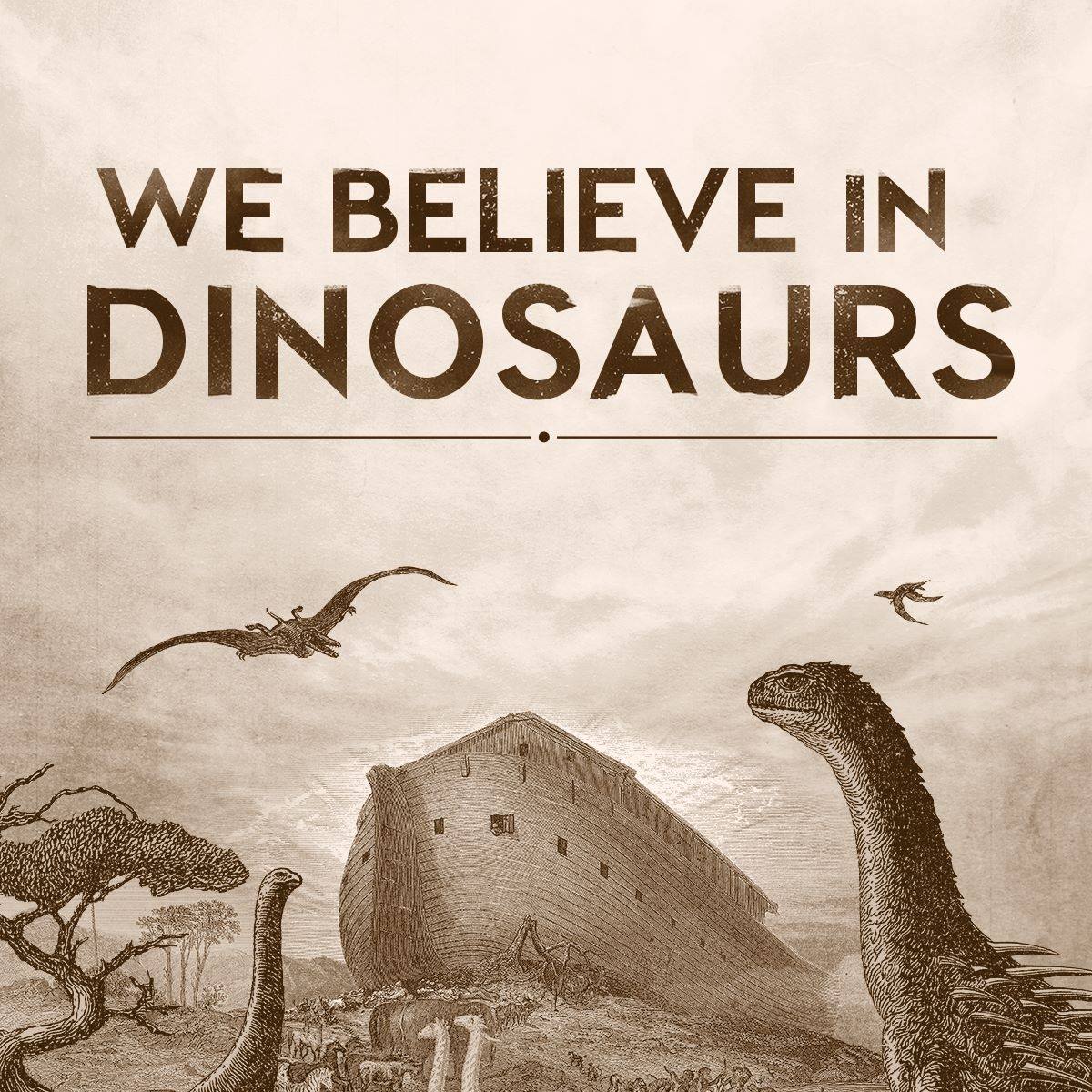 In 2016, a theme park opened in rural Kentucky called “Ark Encounter.” The main draw is a recreation of Noah’s Ark that is 510 feet long and 51 feet tall and cost around $120 million to build. It’s like a biblical-themed Disneyland or a Jurassic Park that will get you into heaven if you believe hard enough. It sounds, in a word, awesome. It’s also the subject of a great new documentary called We Believe in Dinosaurs, which opens this weekend for a run at the Northwest Film Forum before going to PBS later this month. It can also be found on the usual VOD sites (Amazon, Google Play, YouTube) right now.

The point of the Ark Encounter and the Creation Museum is to show that the biblical story of the flood is historically accurate and true. Monica Long Ross and Clayton Brown’s movie takes a long look at what that means. It means, in part, that first graders are taught to ask anyone who says the earth is millions of years old, “Were you there?” and that janitors must affirm their belief in Young Earth creationism before being allowed to clean up vomit and scrub toilets. I certainly wouldn’t want to take a dump in a toilet that was cleaned with sinful hands. That must be worse than shitting at CBGB’s after a Black Flag show in 1986.

The organization responsible for the Ark Encounter is called Answers in Genesis and it’s led by Ken Ham, an Evangelical leader known for debating Bill Nye one time. It also runs the Creation Museum. Ham is kind of a grifter, getting millions of dollars in tax breaks and incentives from local governments while claiming Ark Encounter was funded with exactly zero public dollars. But Ham is also a charismatic leader with an adequate beard that has built an impressive theme park and following. That he was able to wrangle so much money together and have Ark Encounter built, regardless of source, is impressive by any objective measure.

Ark Encounter is also one of the latest proxies in the battle of creationism vs evolution. We Believe in Dinosaurs is remarkably even-handed for such a politically-charged topic, and .The filmmakers are smart enough to look at the issue beyond scientists vs. Christians and lay out the facts accordingly. It was also pretty awesome to see the designers at Ark Encounter explain the detail they put into recreating animals and dinosaurs that are on Noah’s Ark.

The interviews with three people with differing perspectives frame the film: one of the guys who designs the animals for Ark Encounter, a blogger who became critical of the theme park after being a true believer, and a geologist who is exasperated that the Creation Museum and Ark Encounter are allowed to get taxpayer money and discriminate against anyone who doesn’t share their ideology (and that’s not limited to non-believers) and worries about Kentucky’s reputation beyond the state. They are fights he admits to losing.

The last fifteen minutes, to me, were the most interesting. It shows the effects of Ark Encounter on the local economy of Williamstown, KY a year after the opening of the exhibit. It’s something I hope small town leaders consider before they open their coffers to expensive tourist attractions.

We Believe in Dinosaurs is a compelling and thoughtful documentary about a complex issue that is fair to “both sides.” It also proves one of the iron-clad rules of filmgoing: dinosaurs will always make your movie cooler.