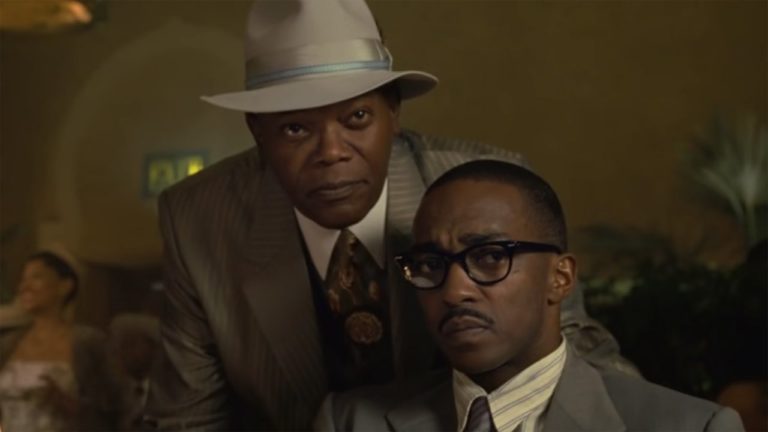 In 1960’s America it was regular practice to ignore or purposely shut out African Americans (and all minorities) from living in certain areas of America, much less owning property in them. Based on a true story The Banker follows two such black men using the system to their advantage when they had no other option; hiring a white man to be the face of their endeavors and in doing so, becoming some of the wealthiest people in Los Angeles.

From beginning to end I was taken in by Anthony Mackie as the brooding and brilliant Bernard Garrett, but even more so by the charisma and charm of Samuel L. Jackson as nightclub owner Joe Morris. His portrayal is quintessential Jackson, with incredible wit underlined by intensity, informing a complex and intelligent man that you wouldn’t necessarily have expected. They both added import and urgency to roles that otherwise would have fallen flat and left this fantastic story under a pile of rotten tomatoes. Even better, Nicholas Hoult’s portrayal of their frontman was played perfectly and subtly so he didn’t overshadow the magnificent performances of the protagonists, but rather enhanced them.

Not to be forgotten, the performance by Nia Long as Garrett’s wife Eunice, was a seam of gold running throughout the story. She was a partner to her husband both personally and professionally and the story underlined her importance to the success of their business ventures, and while Long may not have said much on screen, she had an intrinsic role in the success of this film.

If you’re looking for something that will make you laugh about a nearly un-laughable subject, this is a great choice. While the story takes a nasty turn, it still ends with a sense of hope accented by smiles on both Garret’s and Morris’ faces as they ride off into the sunset.