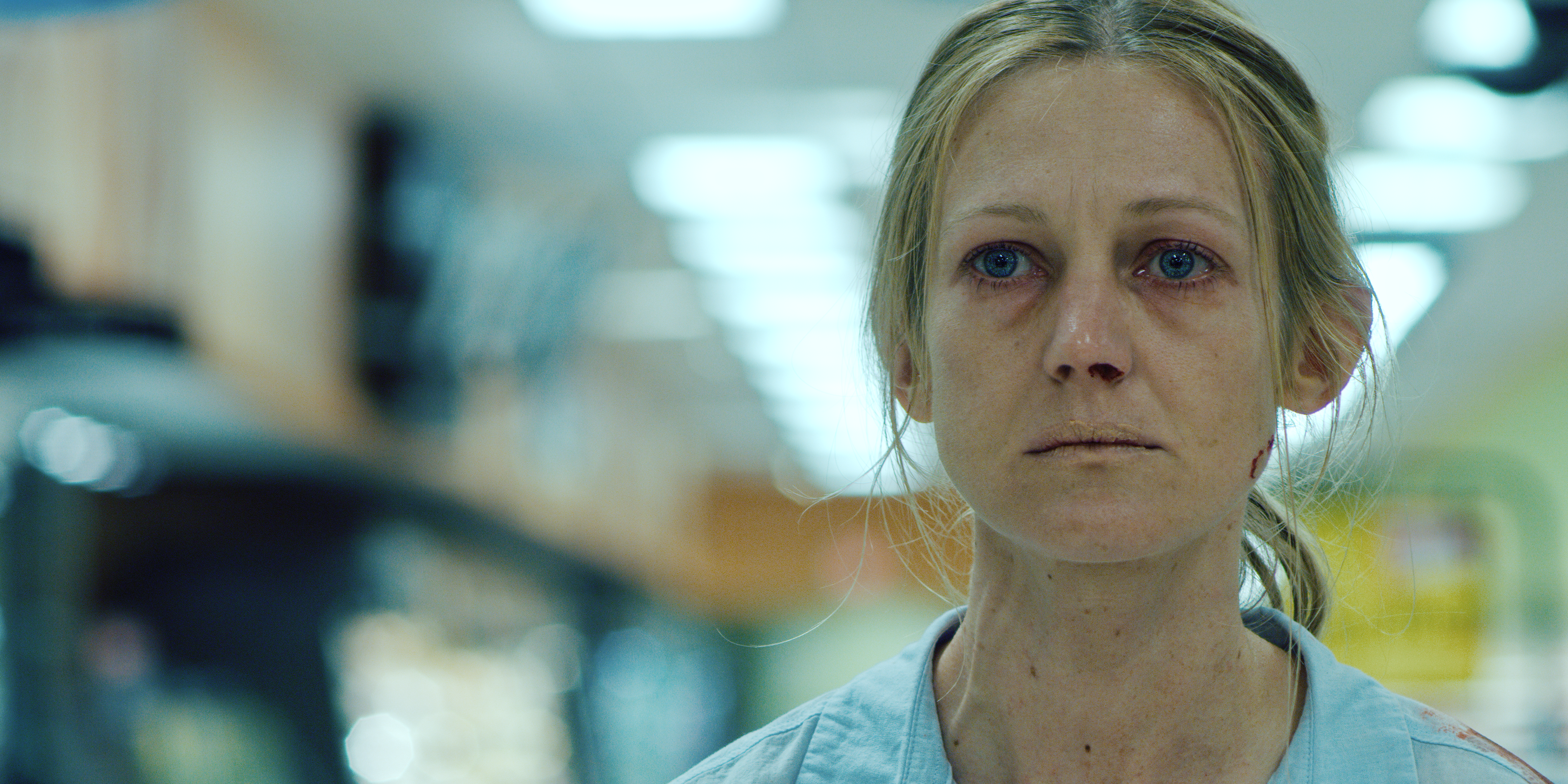 To a non-fan of horror cinema, the notion of actively seeking out movies that frighten or upset a viewer likely seems paradoxical at best, especially given these very frightening and upsetting times.

But horror movies continue to be popular, even while the world feels like it’s imploding, At its most basic level, the genre’s an extremely powerful—if unconventional—mode of escape. If a horror movie is so shocking or thrilling as to pry your attention away from the real-life horror just outside our doors for 90-some minutes, it’s done its job.

The above is especially pertinent in the context of The Swerve, writer/director Dean Kapsalis’s debut feature. This Americana take on Greek Tragedy by way of Polanski’s Repulsion may be more horror-adjacent than straight horror, but it’s deliberately slow-burning, mesmerizing, creepy, heart-wrenching, and merciless enough to qualify in my book. Its portrait of complete psychic breakdown cuts so deeply, and so effectively, I question whether I’ll ever have the nerve to watch it again. But damn, is it good.

The Swerve begins square in the heartland of the USA, following Holly (Azura Skye), a suburban teacher and mom. She’s living what looks, from the outside, like a near-idyllic existence replete with a handsome husband, nice house, and two kids. And of course, beneath that apple-pie surface seethes a hotbed of sadness and frustration.

There’s no one in town, nor anyone in her placidly dysfunctional family, to whom she can really confide, least of all hubby Rob (Bryce Pinkham), who seems oblivious to her emotional distress and may be cheating on her. She’s edging towards an affair with Paul (Zack Rand), one of her students, in response. Her dreams of running two nasty, hot-rodding teenagers fatally off the road with her car are beginning to look less like dreams and more like repressed memories. And all of the big and small stress fractures in her existence are taking a mental as well as a physical toll.

So The Swerve, true to its title, is a metaphoric and literal portrait of someone steering into a very brutal emotional pile-up, in excruciating slow-motion. There’s considerable familiarity to its setup—we’ve seen the rotting, soul-leeching dark side of suburbia, and how it can push a fragile psyche over the edge, reiterated in spades over the decades.

But there’s also a core of inevitability and truth beneath the cliché, and Kapsalis’s screenplay and direction lean into that, establishing things with a methodical pace that adds to the dread. The characters are well-rendered, and humanized enough so that they largely sidestep small-town tropes. It helps that the cast is peopled largely by relative unknowns, all of whom deliver solid work unencumbered by audience preconceptions or associations.

When Holly’s possible psychological erosion begins rearing its head, however, the characters in her life recede, and Azura Skye is more than equal to conveying the very heavy emotional load weighing on Holly’s shoulders. Skye’s melancholy everywoman features and sad, tired eyes are haunted and haunting, and when her mental state compels her to push further away from the world around her, Holly’s increasingly tenuous grasp on sanity aches as palpably as it chills.

It’s not a matter of if things will come to a head in The Swerve, but when and how. And while there are only so many ways this scenario can play out, that doesn’t diminish the surprise, or the impact, of the movie’s closing minutes by a long shot. If anything, Kapsalis’s directorial and structural eye is so unsparing, and Skye’s performance so shattering, the resulting spasms of tragedy that punctuate The Swerve’s final reel are almost too much. That exposure of some very raw emotional nerves makes The Swerve an intriguing spiritual kin to Hereditary. The former film captures the fallout of emotional isolation and breakdown with the same awful fidelity that the latter lent to the fallout of family tragedy and raw grief.

None of the dark corners of humanity depicted in these films are easy to face. But staring deeply into them onscreen has a way of making us forget how awful things are in the outside world. Each movie also delivers the same resonant warning, one that lingers long after the credits roll: To ignore or downplay uncomfortable truths almost inevitably opens us up to serious—and often tragic—consequences.

The Swerve is now available on most major VOD/Digital platforms.