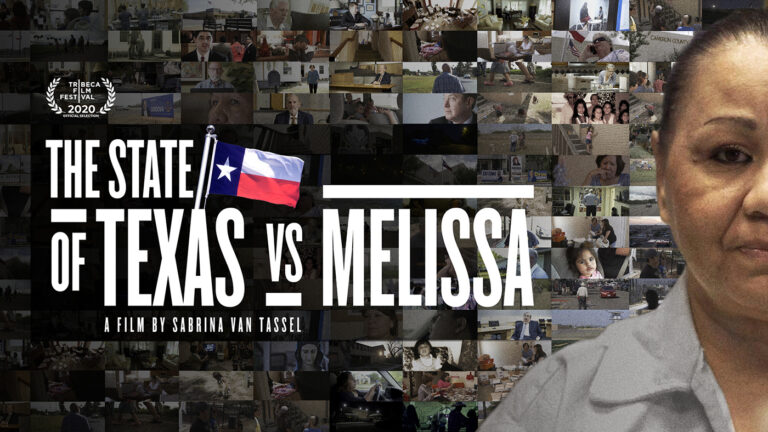 The State of Texas vs Melissa takes you through the journey of a mother of fourteen who, after the death of her baby girl, was put through the ringer of the United States judicial system and lost her freedom and possibly her life. The specifics surrounding the death of Mariah Lucio, Melissa’s daughter, are murky at best. From a corrupt district attorney to a weak defense, the documenters are pushing you to question whether this woman was simply neglectful of her child’s welfare or a cold-blooded murder.

First and foremost, this film is incredibly upsetting. If you like true crime stories or want to learn about social and criminal justice, then this could be a good way to spend 102 minutes. I was triggered by post-mortem photos of a small child shown more than once. I’ll tell you, even having them visible (not blurred in the background) even once was one too many. It in no way added to the storyline, only the horror.

I’ll be real, it felt sort of flimsy. I couldn’t figure out what direction the director wanted us to look, and while many good films hand the audience all the evidence and let them decide for themselves, I didn’t feel like I was getting information cohesively or coherently enough to accomplish that by the end. The point seemed unclear throughout the film and only near the end did they explain that she was on her final appeal with only the Supreme Court to save her after that. The purpose, it seems, is that she is the first Hispanic woman on death row and she is about to run out of time, but I had to come to that conclusion on my own… hunting in the dark until I found it.

For a journalistic endeavor, it also felt kind of unbalanced. Things like her drug problem, the squalor she and her children lived in, and the fact that she had her children taken away once already (though entirely unrelated to violent behavior), were glossed over, and instead they emphasized how much her children miss her, how bad her childhood was, and the corruption of the local elected officials. Don’t get me wrong, all of this information is important to the story, but it wasn’t presented in a balanced way. I also kept wondering why racial inequality wasn’t in the forefront; it must have been a heavy weight throughout her life in such a racialized part of our country, creating an even bigger obstacle to a stable and happy home for her and her children.

If I seem bewildered, it’s because I am. I’m not a huge crime story enthusiast, but I’m intrigued and pulled in by social justice. I just don’t know what to feel about Melissa Lucio and that is uncomfortable considering I just spent 102 minutes learning every aspect of this case and her life. I didn’t really feel relief or anger when they revealed that her conviction had been overturned (only to be appealed immediately by the local courts) and I think that’s pretty revealing of how poorly the director ingratiates Melissa to the audience (i.e., me).

I can’t tell if I’m being way too hard on this film or if it really is as disjointed as it seems to be. It has received accolades and high praise, so take what I say with a grain of salt. But be prepared, this is a very tough story to absorb, there is a lot of complexity in the lives of the folks involved and no one seems to be truly innocent in the death of Mariah Lucio.

The State of Texas vs. Melissa is now streaming in virtual theaters.