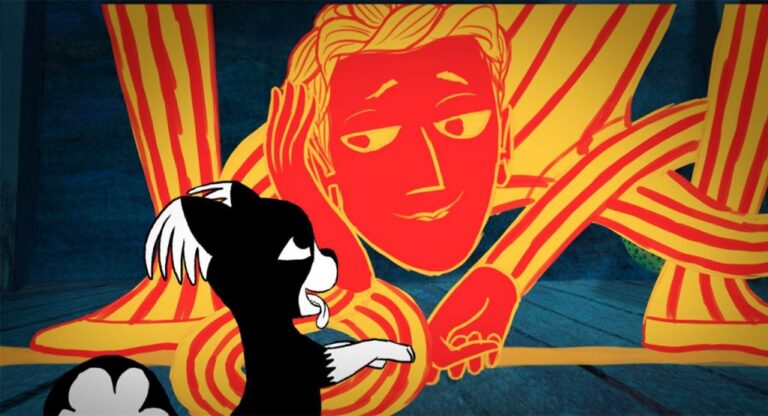 I’ve been following the Romanian Film Festival for several years now, happily. It’s easily been one of the most worthwhile film fests in town, so it’s good news for this cinema-savvy neck of the woods that the Fest will continue this year, albeit in virtual form (it begins tonight with a virtual Opening Night Gala that’s free to fest-goers, and is available online ’til November 22). Fittingly given these pandemic-tinged times, the theme for the seventh iteration of the festival is “Resilient Together.”

Part of the reason The Romanian Film Festival has been such a treat is that the film scene in Eastern Europe in general–and in Romania in particular–continues to blossom. Between the relative technical ease of filmmaking overall (not counting the minor nuisance of a global pandemic), a modern history rife with upheaval and liberation, and a lot of eager new voices, Eastern European filmmakers have served up some of the most innovative, socio-politically powerful, and richly evocative movies of the last decade.

This seventh iteration of the Festival shows every sign of following suit, showcasing a promising roster of richly appointed period pieces, documentaries, dramas, and even an acclaimed animated film. As is customary, the Festival will also augment most of the fest entries with live filmmaker Q&A’s and post-film discussions augmenting most of the entries (those extras will be attached to all of the subsequent virtual screenings, so if you can’t catch them live, fret not).

Details on the films, ancillary events, Opening and Closing Night Virtual Galas, and purchase info for festival passes and individual screenings are available at the Festival’s Eventive page. In the meantime, here’s a quick rundown of what look to be some of the 2020 Romanian Film Festival’s most unmissable movies.

Malmkrog: This Romanian/Serbian/Swiss/Swedish/Bosnian/Macedonian production sounds like a stunner, any way you slice it. Director Cristi Puiu, one of Romania’s cinema stalwarts, has crafted an epic adaptation of Vladimir Solovyov’s period drama, Three Conversations, replete with lush pre-World War I opulence, and a narrative split into six chapters (one per protagonist). The Berlin Film Festival agreed resoundingly, presenting Malmkrog with their 2020 Encounters Award.

The Soviet Garden: The most riveting of a strong array of documentaries looks to be Dragos Turea’s 2019 film interconnecting the tragic death of his grandmother and the history of the Soviet Union’s frightening experiments in atomic gardening. It’s a fascinating subject, likely even more so filtered through such a personal lens. The Soviet Garden was nominated for an award at the Sarajevo Film Competition.

Uppercase Print: Co-writer/Director Radu Jude’s drama about a high schooler’s graffiti incurring the wrath of the Romanian Secret Police sounds like another impressive technical and artistic effort. Inspired by a real event in 1981, it incorporates archival Secret Police footage, old television clips, and a cinematic recreation of Gianina Carbunariu’s documentary play of the same name. Uppercase Print received nominations for Best Feature at the IndieLisboa Independent Film Festival in Portugal, and the Transilvania International Film Festival.

Marona’s Fantastic Tale: Filmmaker Anca Damian’s no stranger to Seattle’s Romanian Film Festival: Her riveting, melancholy 2011 animated feature Crulic: The Path to Beyond screened at the fest’s 2015 incarnation. Her newest follows a dog who survives a car crash, and reminisces about the unconditional love she’s received from (and given to) her previous owners. There’s a handcrafted quality to Damian’s animation that’s distinctive and incredibly versatile, and the movie’s already reaped scores of awards on the international festival circuit. If the trailer’s any indication, this looks to be one visually ravishing and emotionally affecting little jewel.