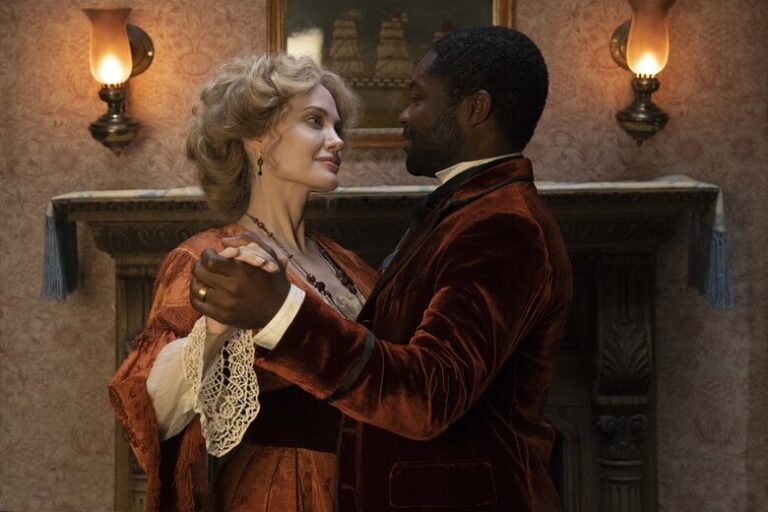 Come Away purports to be a colorblind telling of the origin stories of Alice in Wonderland and Peter Pan. It’s kind of a wonder how a movie that says it’s a prequel to two of the most original stories for children, where they learn about the limitlessness of imagination, could be so dull. Like Ryan Murphy’s “Ratched,” this is another 2020 “origin story” that literally no one has asked for.

In this telling, Peter Pan and Alice are siblings in a mixed-race home that has very adult issues: the untimely death of a child, gambling and alcohol addiction, poverty (I suppose one begets the other), an awful aunt. It’s through those traumatic issues that force both Alice and Peter to grow up but also find Wonderland and Neverland, respectively, for themselves.

As a whole, the movie does everything it’s supposed to do well. The acting is excellent, particularly from its stars David Oyelowo and Angelina Jolie, who are the parents Jack and Rose. Derek Jacobi and Michael Caine also appear. And the two young actors who play Alice and Peter, Keira Chansa and Jordan A. Nash. are destined for greater things. The camera work is first rate, the set and costume designs are first rate. There are some fun moments, they’re just far and few between. Yet I don’t know that this movie ever really stood a chance without a better script, one that makes its case for existing. I just don’t think this one did.

I suspect parents would find a lot of the subject matter too heavy for children, and the movie too trite for their own enjoyment. Children will likely see a family melodrama with too little whimsy thrown in, especially in comparison to the source material. There are a few nods to the familiar stories throughout (Peter Pan and Alice visit a pawn shop run by the Mad Hatter, Alice finds some potent potable (and drinks it so quickly that it would give Shane McGowan pause) that sends her to Wonderland.

I love pretty much everything about Alice in Wonderland and have throughout most of my life, and I am always eager for a new interpretation of Lewis Carroll’s most famous characters in nearly every form. The issue I found with Come Away is that it feels so boxed in that it couldn’t expand on the classic stories in an interesting way.

Being less creative than Lewis Carroll or J.M. Barrie is no sin, of course (and certainly I can’t make any claims otherwise), and these stories are ripe for reinterpretation. Come Away lacks the most important thing, though: fun.

Come Away can be found for rental on Google Play and Amazon.