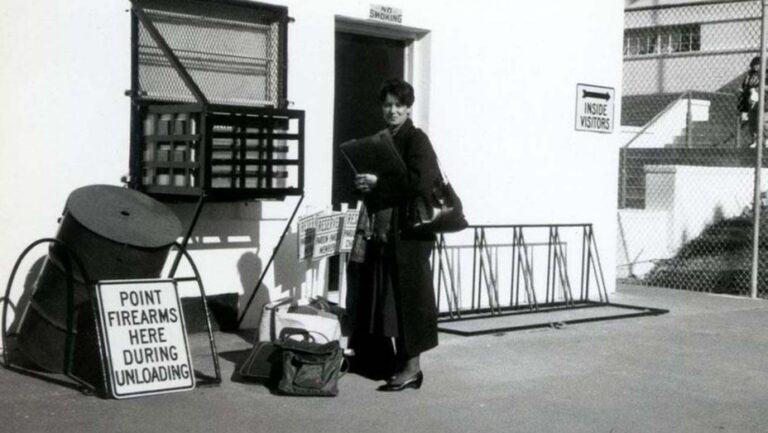 Alex Gibney’s newest documentary, his second this fall, is an important contribution to the nature vs. nurture debate. It’s also discomfiting, creepy, and it stalked my nightmares.

Gibney’s movie profiles Dr. Dorothy Otnow Lewis, a famous, but controversial, psychiatrist who studies some of the most violent offenders the criminal justice system has ever found. The list of clients she’s interviewed and studied is a literal murderer’s row: Ted Bundy, Joel Rifkin, Arthur Shawcross, Mark David Chapman. Dr. Lewis is controversial, and often misunderstood (I think) because she often sees a tragedy where others see “evil.” I put evil in quotes because she sees the term as a religious term and not a medical one. But she’s not willing to dismiss someone as born inherently evil when there is often trauma from childhood that can affect someone in very adverse ways as an adult. It’s not to excuse a murderer but to understand them. She is often hired by defense attorneys as an expert witness to bolster their claims of insanity.

Midway through the movie, Dr. Lewis says that she doesn’t have a problem with the “lock ‘em up and throw away the key” approach to criminal justice, just that she’s against the death penalty (as am I). She’s also a bit scatterbrained but a compelling figure nonetheless. One vile radio show had a jingle that made fun of her for supposedly befriending monsters and saying they should be let free because of difficult childhoods. It’s a perversion of her what her research says and what she testifies to, but surely there are a lot of people who hold that (simple) belief. To her credit, Lewis does interrogate her beliefs and finds that she got some things wrong along the way and does what she can to correct her mistakes.

The Arthur Shawcross trial was a big deal for Lewis and it damaged her immensely. She said it took three years to undo the damage to her reputation she caused with three weeks of testimony. She accused the defense of lying about what she would be testifying about and a prosecution expert, Dr. Park Dietz, easily refuted her testimony by saying (not without merit!) that she appeared to be hypnotizing her subjects.

Dietz appears in the film a few times (and is one of the subjects Gibney interviews). He proves to be a foil for Lewis as they were often on opposite sides of the same case. Dietz is poised and has an authority to him that Lewis simply doesn’t. He’s also a bit of a quack. In the section that discussed Ted Bundy, Dietz is seen on a TV show saying he believes pornography to be more harmful than assault weapons and (not mentioned in the film but) he once had a conviction overturned because he testified the crime mimicked an episode of “Law and Order” that never actually existed.

I found Dr. Lewis to be such a fascinating figure because her groundbreaking research focuses on topics too taboo for most people, but still of monumental importance. A lot of her research focuses on what’s now called dissociative identity disorder, but was commonly referred to before as “multiple personality disorder.” It’s been a controversial subject in part because it’s to the benefit of a lot of people to disbelieve in it. Professional expert witnesses like Park Dietz would get a lot less work if they were to say “Yeah, she has a point about that.”

One scene that bolsters her theories on DID is when she’s contacted by Martin Scorsese to put Robert DeNiro in touch with an actual murderer to get deeper into his role in Cape Fear. She tells the man that he knows DeNiro from Taxi Driver and he denies having ever seen the movie but assumes another character when the meeting takes place and tells the movie star he was very good in Taxi Driver.

The scene I found most interesting was not about a murderer, but it was about a killer. Dr. Lewis interviewed a travelling executioner, who went from jurisdiction to jurisdiction performing executions so that others could absolve themselves of any guilt they might have in taking a life. The man she interviews says he’s untroubled by what he chooses to do for work and admits that he would execute a minor if asked. But he also paints in his free time and some of his artwork indicates there might be a little more anguish than in what he does than he might admit to himself.

Dr. Lewis was pessimistic with the political climate because it was politically advantageous to hasten the time between conviction and execution and use capital punishment as much as possible. Two politicians featured in a montage of “tough on crime” rhetoric were the last two Democratic nominees for the presidency, one who was just elected to the highest office this month. And that was all before Trump came into office and ratched the cruelty up to eleven. She is particularly dismayed that Attorney General William Barr pledged to execute the most mentally challenged inmates in the federal correctional system.

Crazy, Not Insane is such an important and timely movie because it shows the career trajectory of an important figure in understanding mental health (and just among the most violent criminals amongst us). Even though Dr. Lewis’s research aligns neatly with my ideological views, I still found myself interrogating my assumptions and beliefs days after I watched the movie. I couldn’t shake it from my psyche. It’s one of the best true crime documentaries I’ve ever seen. And it’s the most urgent.

{Crazy, Not Insane premieres on HBO on Wednesday, November 18.}