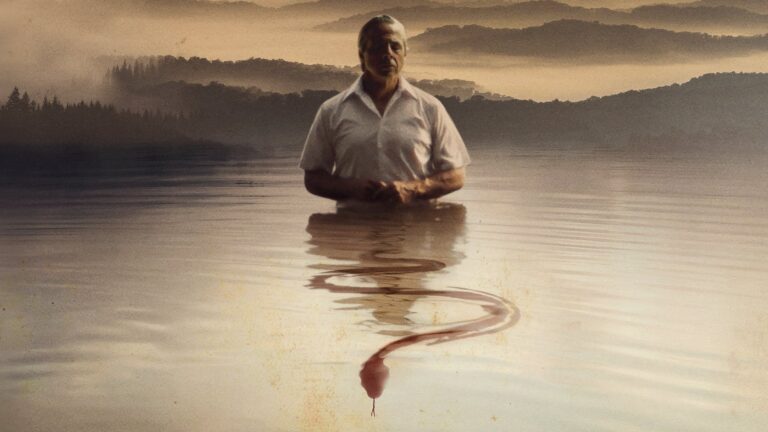 In October of 1991, Scottsboro, Alabama Pentecostal minister Glenn Summerford reportedly tried to have his wife Darlene killed by making her take bites from poisonous snakes without letting her seek medical care. She claimed he wanted to punish her and let the venom run through her body before she could do anything but give up. She escaped and was picked up by paramedics who took her to a local hospital that had no anti-venom before she was transported to a Birmingham hospital 90 minutes away. She survived and Glenn was arrested and convicted for her attempted murder. As he was now a thrice-convicted felon, he was given a 99-year sentence.

Unbelievably, that is not the subject of a Flannery O’Connor short story, but a stylish new documentary premiering on HBO Wednesday night called Alabama Snake. It’s creepy as hell and very disturbing. I loved it.

Told largely through the narration of local historian and filmmaker Dr. Thomas Burton and interviews with many of the participants (including Summerford’s first and second wives), Alabama Snake seeks to make some sense of one of the strangest true-crime cases of the late twentieth century. There are so many fascinating layers to this terrible case that it’s easy to get sucked into the entire absorbing story.

By all accounts, Glenn Summerford is a cruel man. He’s been accused of domestic violence and adultery. He nearly killed a man in a fight. Violence seems to follow him, even after he found religion and supposedly stopped drinking. He’s also the type of man who thinks handling deadly snakes brings him closer to God. The VHS videos of Glenn handling snakes are equally mesmerizing and uncomfortable. He married his second wife on his first wife’s birthday, because he could. It’s not difficult to imagine Summerford both attempting to kill his wife and when that failed, throwing the most vile allegations against her, knowing that it would be impossible for her to refute and would damage her reputation even if they could be fully disproven. His story is told through jailhouse interviews Dr. Burton recorded.

One name I noticed in the credits is co-writer and producer Bryan Storkel, who was a SIFF regular during the the 2010’s with his documentaries about the intersection of Christianity and things that aren’t usually seen as holy (MMA fighting, counting cards at blackjack). He worked with director Theo Love on the wildly engrossing (but much less religious) Netflix documentary The Legend of Cocaine Island. So he knows how to find a good story and bring it to life.

I think the story might be a bit less ambiguous than the filmmakers depicted and I can’t fathom a case for Summerford’s innocence,, no matter how unreliable Darlene is as a narrator. I was still intrigued by the members of his church and people in Scottsboro who refused to even consider the possibility that a twice-convicted felon who came pretty close to killing someone before and who handles deadly serpents for his profession might be guilty of the crime he was convicted of.

Alabama Snake is definitely not for the squeamish but it’s an interesting look at a disturbing case that’s best viewed from a critical distance.

Alabama Snake premieres tonight on HBO and will subsequently appear on HBO Max.