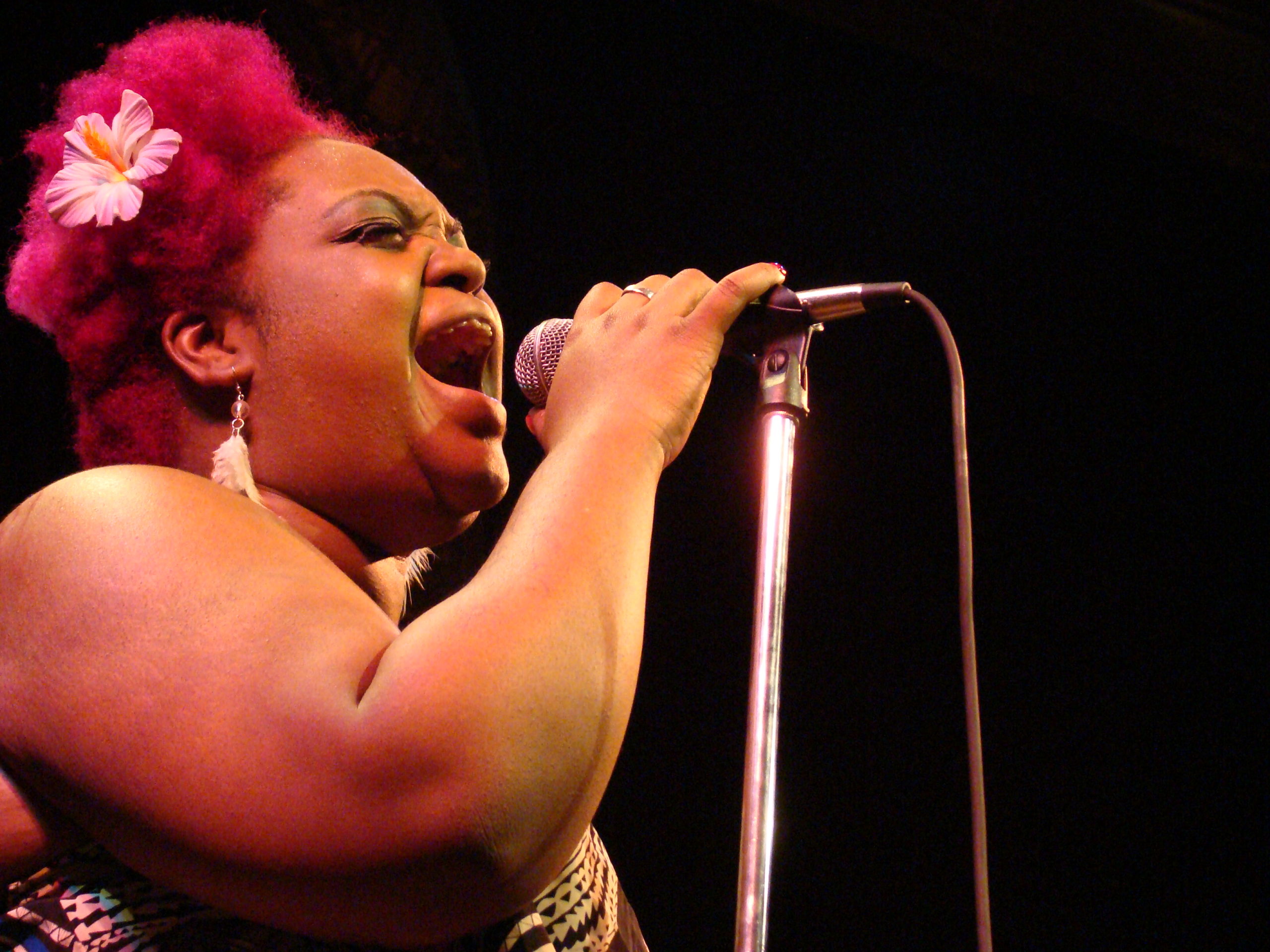 I’ll try to keep the intro relatively brief here. The oh-so-clever conceit of compiling a list with the same number of records as the last two digits of the year (the Top 15 of ’15! Get it?!) has already inflated my word count to unwieldy degrees. Next year, it’s a Top Ten List or bust.

Then again, if you heard half of the great Northwest music I heard throughout 2015, you’ll likely forgive a mild case of keyboard overflow. Even with a stricter set of selection criteria—I confined my list to full-length audio releases only, which meant cutting off a good couple-dozen amazing locally-grown EPs—it was still agony to narrow the field down to the selections below.

I didn’t get to hear everything released by a local band in 2015, so I’m sure there’s plenty of great stuff I missed (comments and recommendations welcome!). But as always, my choices were purely subjective, based on nothing more or less than what occupied my stereo/earbuds most consistently—and what moved me most mightily. Enclosed, please find my Top 15 Northwest Albums of 2015.

14) Lemolo, Red Right Return: Without sacrificing the enveloping atmosphere that’s been her calling card as a songwriter, Lemolo leader Meagan Grandall broadens her band’s range, infusing elements of tricky-time prog-rock into “Runner,” and even a hint of burbling funk to the introductory keyboards on “Fuel.” New drummer Emily Westman’s versatile percussion provides range and power behind Grandall’s dreamy yet direct voice and lyrics.

13) Ever So Android, Disconnect: Who’da thunk that one of the most raging rock records I’d hear all year would be rolled out by goth kids with unfortunate haircuts and a collective ear for welding sleek electronics with nigh-Zeppelin crunch?

11) Brothers from Another, This Summer: I’ll totally cop to it: This Summer was one of my favorite nostalgia wallows of the year, the kind of upbeat old-school hip-hop record whose easy mid-tempo beats and lyrical breeziness capture every great summer party you’ve ever crashed, better than any other local release I heard in 2015.

10) Wind Burial, We Used to Be Hunters: Wind Burial crafts the kind of darkly enchanting soundscapes you can get lost in on their debut full-length. Nature imagery runs rampant throughout the record, with Kat Terran’s haunted, beautiful voice offering flashes of pastoral beauty amidst tribal, muscular drums and crystalline guitars. “Crown of Bones” is the dusky jewel in this already-ornate crown, a serpentine classic worthy of Siouxsie and the Banshees.

9) Bryan John Appleby, The Narrow Valley: One of the neo-folk movement’s best songwriters shakes off the genre’s dust and moves on. Amidst an almost absurdly-ornate bed of orchestration, Appleby creates a richly-textured fictional California town only to tear it down one tremulous string swirl and one hushed, deceptively boyish exhortation at a time. Try listening to the gorgeous arrangements without getting chills.

8) Built to Spill, Untethered Moon: Built to Spill Leader Doug Martsch can still pack more nuance and richness into three minutes of six-string noodling than most bands muster throughout entire careers. Here, those guitars fire off in service of the band’s strongest and most anthemic set of songs in years.

7) Midday Veil, This Wilderness: Midday Veil has always balanced the cinematic, experimental swoop of prog-rock with genuine melodies and hooks, so it’s a logical progression for the band to add a liberal dose of club-ready danceability to the mix (P-Funk keyboardist Bernie Worrell sits in with ‘em, for God’s sake). This Wilderness represents the best of both worlds, with carefully-crafted walls of atmosphere bracketing sumptuous, epic dance tracks that make much of today’s club music sound rinky-dink and hollow by comparison.

6) The Gods Themselves, Pink Noise: I’ve prattled on in extended fashion about TGT’s ace sophomore release earlier this year, but suffice it to say no one, local or otherwise, is adding sensuality and personality to the spartan jump of post-punk and new wave so deftly right now.

5) La Luz, Weirdo Shrine: This is what you get when a so-called surf rock band mixes the widescreen overcast horizons of the Northwest with the shimmer of California guitar twang. Songs like the haunting “Sleep Till They Die” and the Charles Burns-influenced “Black Hole, Weirdo Shrine” showcase a band of True Believers with the guts and instinct to tweak the confines of genre in their own image. Say your forthcoming move to LA ain’t so, ladies: We’ll miss you.

4) Chastity Belt, Time to Go Home: “Wanting something that would cut deep/gonna have a meaningful night,” Chastity Belt lead singer Julia Shapiro intones on the title track to the band’s second full-length. There’s a thrum of unease running through those words, and through the song’s raw footfall of an opening backbeat. It’s the sound of someone young enough to revel in life, yet observant enough to see how finite it is. That duality is crystalized all over Time to Go Home thanks to its lyrics (some of the most effective I heard on any Northwest release this year), but the wonderful diamond-in-the-rough pop songs and scrappy urgency couldn’t be more life-affirming.

3) Grace Love and the True Loves, Grace Love and the True Loves: A lot of folks (myself resolutely included) have been waiting a few years for the groundswell of great modern Northwest soul and funk artists to become a legitimately big-assed wave. Consider Grace Love and her incomparable squadron of conspirators the ringers of the tsunami warning bell. With Love’s heaven-sent voice front and center, The True Loves’ incredibly tight debut does what every great soul record should: It finds passionate immediacy—and deeply organic, booty-shaking grooves—amidst a classic framework.

2) THEESatisfaction, EarthEE: THEEsat’s brilliant sophomore work is a bold and kaleidoscopic thematic whole, in a way that celebrates and recharges the nigh-lost art of crafting a full-length album. Lyrically, it’s topical and ethereal at equal turns, with Stasia Irons’ gently-rhythmic verbal delivery and Catherine Harris-White’s rich low-register croon delivering cosmic yet clear-headed observations on the environment, race, female empowerment, and personal growth. No, EarthEE doesn’t possess any party jams a la awE naturalE’s “Queen$.” So frickin’ what? This is a masterfully sustained mood-and-vibe record (huzzahs to Erik Blood for another mesmerizing co-production) that yields a galaxy of treasures and hooks with repeat listens.

1) The Sonics, This is The Sonics: After much agonizing over the top two slots on this list, Tacoma’s favorite miscreant sons narrowly tipped the scales in their favor. The mere fact that This is The Sonics represents the band’s first proper album release since before you or I were born is inspiring as Hell, but this is no quaint victory lap. The 11 songs contained herein pack so much snarling, no-bull, and joyously ragged-but-right energy into 30-odd minutes, it’s damn near incomprehensible that most of the architects involved are well past retirement age. In the end, any doubt as to their placement on this list was obliterated when they bashed out one of the best live shows I’ve seen in my life back in April. I’ll eat one of the two hats I own if a better rock album surfaces anywhere before the end of this decade.