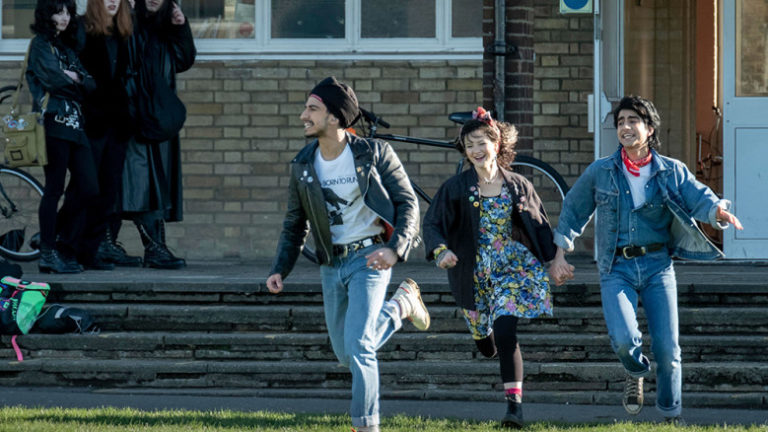 After a weekend warm-up, SIFF’s first full week is upon us. This week’s special events includes an interactive discussion on The Art of the Short. Hosted by Virginia Bogert,  president Emerita of Women in Film Seattle, the panel includes Amy Enser, June Zandona, Megan Leonard, Tifa Tomb, and Wynter Rhys, sharing their thoughts and experiences on short films, the benefits and challengs of making them. (Tuesday, May 21; SIFF Film Center, 6:30 PM).

Below, some picks from your friendly neighborhood SunBreak Film Fans on what to see from Monday May 20 to Thursday May 23.

A deeply engaging portrait of a French prostitute who maybe loves his work too much for his own good. Punctuated by three very different and admirably frank doctor visits, the film unfolds as a series of encounters from clubs to the gritty Strasbourg parks between Leo (Felix Maritaud, BPM) and the men who pay him for a diverse array of “companionship services” — from compassionate to degrading, often in graphic detail. Warning: the number of walkouts midway through last week’s press screening during a particularly punishing scene revealed the intersection in the Venn Diagram for audiences for SIFF and HUMP. ☆☆☆☆

We really have found ourselves in some kind of Jukebox Musical renaissance. From last year’s surprisingly fun Mamma Mia! Here We Go Again to the deeply-flawed-but-hey-weren’t-those-Queen-songs-great Bohemian Rhapsody, Hollywood is churning out singalongs that sell tickets via our nostalgic cravings for the hits of yesteryear. In this SIFF entry about a South Asian in England finding himself through music (the other is Danny Boyle’s Beatlemania alt-history), Bend It Like Beckham’s Gurinder Chadha brings the truth-inspired tale of Pakistani teen living in Thatcher’s Britain whose whole world changes when a friend from college presses a Bruce Springsteen mixtape into his Walkman. Like the Boss’s music, this extremely sentimental coming-of-age memoir about love, inter-generational understanding, and multi-culturalism wears its heart on the sleeve of its faded denim jacket, but if you give into the sappiness, you, too might find yourself blinded by the titular light. I’m not even that much of a Springsteen fan and it won me over. ☆☆☆

Steven Bognar and Julia Reichert won the US documentary directing award at Sundance (and a high-priced Netflix acquisition) for this story of what happens when a Chinese billionaire brings 2,000 manufacturing jobs back to Ohio by way of a repurposing a shuttered GM plant. Eric Kohn called the ensuing cultural clashes — from personalities, to management styles, to the possibility of unionization — like an episode of  the Office for fans of the World Is Flat.

A few years ago (on April 10, 2012 to be exact), back when I was a music blogger covering 2-3 shows a week, I saw the producer/pianist/improvisational rapper Chilly Gonzales play at the Triple Door. I remember exactly three things from that show: 1) he was great; 2) he took requests from the audience for songs he would play and riff on, someone shouted out “Going the Distance” by Cake, and I’m about 75% sure that’s when the phrase “Christ, what an asshole” entered my regular vernacular; and 3) he told a story of Drake helping himself to a sample of Gonzales’ music without attribution and Gonzales was going to call him out in rap form, after many months of unresponsiveness, until the rap titan reached out to patch things up at the very last moment. Anyway, this movie about Gonzales’ life looks good.

I’m hoping this movie is the great WTF documentary of SIFF 2019 I’m searching for.  Former UN Secretary General Dag Hammarskjold died in a plane crash in 1961. This documentary looks at whether or not there is more to Hammarskjold’s death than meets the eye. I mean, it could be an innocent plane crash, or it could be… murder?

Despite the sweet exterior of the Norwegian skating star Sonja Henie, she had inner (and outer) demons that refused to stay quiet. Apparently she was unbearable to work with and palled around with the likes of Goebbels, so this darling of the skates and screen made some enemies. I seriously can’t wait to see the trainwreck of her life as it not-so-subtly falls apart.

The protagonist, Mette, has trouble remembering events as they unfolded in her life. She took maternity leave from her job as a domestic violence caseworker, but things start going wrong and she flirts with danger that threatens both her and her new family. This one has had me intrigued since the moment I watched the trailer. To be honest, the back and forth time-jump style of storytelling, if done well, is an incredible way to put you in the mind of someone slowly falling apart; you never know what’s really going on… just, as I imagine, the character sees it.

Fritz Lang had just finished his magnum opus Metropolis before leaping into this thriller about the sparks that fly between  a British secret agent and a Russian spy. It’s a lightning-paced, stylish-as-hell adventure replete with Lang’s indelible expressionist touches, and it’ll look phenomenal on a big screen.

In an effort to uphold my SunBreak rep as The Old Guy who Recommends Old Stuff, it’s crucial to give a shout-out to Joan Micklin Silver’s crisp, observant comedy-drama about an underground newspaper struggling to stay afloat. The subject matter’s wincingly relevant, and the cast delivering Micklin Silver’s tart wit could hardly be better. If you’re a Jeff Goldblum fan, this showcases early Goldblum at his Goldblumiest, with Bruno Kirby, John Heard, and Michael J. Pollard adding character-actor color.