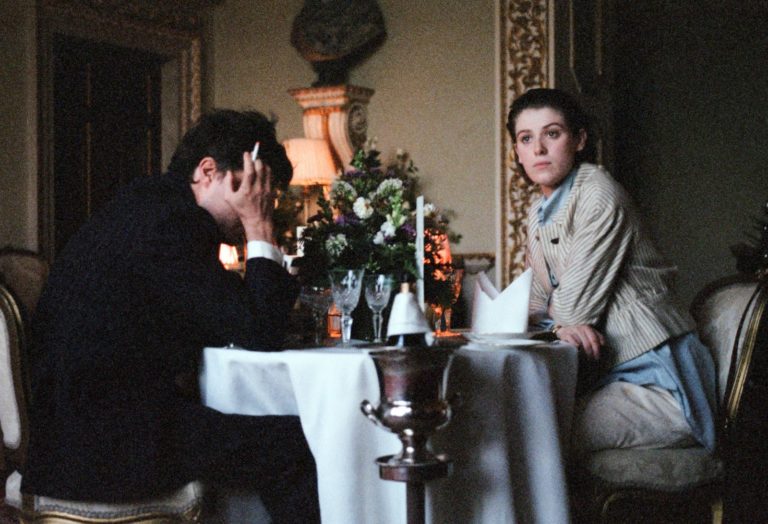 Sure, you could see Gerard Butler once again getting mixed up in an assassination attempt full of deceit and explosions, but know that you have other options.

The Souvenir, Joanna Hogg’s uncommonly still memory piece finds Honor Swinton Byrne in the role of a 1980s film student in an addictive relationship with a mysterious man (befuddling both her bohemian friends as well as her upper-crust parents, played with doting reserve by real-life mom Tilda Swinton and James Spencer Ashworth), remains among my favorite films of the year. It’s a quiet yet entrancing movie that benefits greatly from the isolation of a dark theater. Happily, then, for those who missed its too-short initial run, the Northwest Film Forum is bringing it back for one night. (Wednesday August 30)

It really bums me out to no end that Blinded By The Light underperformed at the box office last week. Yes, it wears it’s heart on its ripped denim sleeves, but what else do you expect from a musical in which a Pakistani teen growing up in a small town outside of London in Margaret Thatcher’s wretched England finds his voice, amid local discrimination and parental disapproval, through the life-changing music of Bruce Springsteen’s songs? I admit that it sounds as ridiculous as the 80s hairstyles sported by so many of his Madonna-loving classmates, but with earnest performances by a game cast and some fun visual flourishes from Gurinder Chadha (Bend it Like Beckham) somehow works if you give it a chance.

Another week, another dozen excuses to live off of chocolate popcorn in front of a big screen. Cinerama continues their sound and vision mini-festival with more Sounds and Visions. Friday has Bond and Lynch in the form of Goldfinger & Eraserhead; Saturday sees one more showing of the 4K Apocalypse Now: Final Cut before rocking out Beatlemania-style with A Hard Day’s Night and Travolta-mad with Saturday Night Fever; Sunday starts on Broadway with Singin’ in the Rain and Grease and ends in the Bronx with Raging Bull. The week kicks off with Ewan McGregor double-feature Trainspotting & Velvet Goldmine (Monday); gets Continental with Cabaret & Amelie (Tuesday); goes mind-expanding with Crouching Tiger, Hidden Dragon & Inception (Wednesday); and finishes with Harrison Ford old and new with Raiders of the Lost Ark & Blade Runner 2049.

Ready or Not (Tyler Gillet, Matt Bettinelli-Olpi/ 2019) This very black comedy has been accruing some serious buzz around the horror-geek campfire, and with the directorial duo better known as Radio Silence at the helm, it looks damned promising. It plays several theaters, but I’m planning to see it at the lovely but financially-embattled Ark Lodge Cinema in Columbia City: They could use your hard-earned moola much more than the various multiplexes around town that’ll also be screening the movie.

Buñuel in the Labyrinth of the Turtles (Salvatore Simo/ 2019) A speculative animated film about the tumultuous birth of legendary surrealist director Luis Buñuel’s documentary, Land Without Bread, that integrates Buñuel’s  live-action footage shot for that doc? It may not be a box-office friendly popcorn flick for the masses, but it sounds like catnip from this skewed corner.  (SIFF Film Center, August 23-25 only)