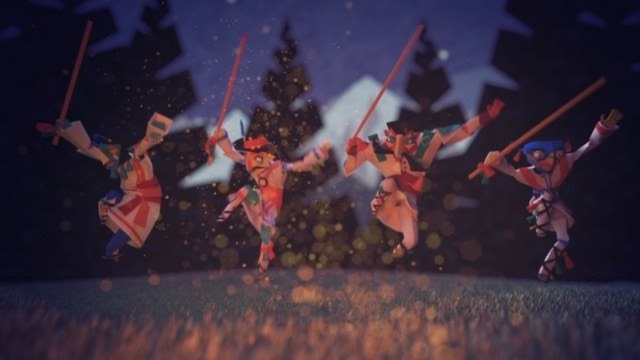 It still feels like the ‘70s in modern Romanian cinema. And that’s a compliment of the highest order.

That decade was the last legitimate Golden Age of American Cinema. The death of the Hollywood studio system, the influence of European New Wave Cinema, the rawness of civil unrest, and the maverick impulses of a handful of young filmmakers combined for a few brief shining years to create some of the most resonant, boundary-breaking films ever produced by this country.  For awhile, movies with a brain, a political sense, and a heart became pop culture phenomena. And contrasting pathos with dark humor—as befits the Romanian phrase (and ongoing Romanian Film Festival tagline), “One eye laughing, one eye crying”—became par for the course in mainstream American cinema.

The cultural circumstances are different, of course, but for the past decade or so, Romania has been producing a surplus of movies that encapsulate all of the above elements that made ‘70s American cinema so riveting. And for several years, Seattle’s Romanian Film Festival has been here to give Northwest cinephiles a ringside seat for some of the best cinema to emerge from Romania and other Eastern European countries.

The 2019 Romania Film Festival (running November 15 – 17 at the SIFF Cinema Uptown) marks the festival’s sixth iteration, and this year’s Festival also nods in acknowledgment to the 30th anniversary of the fall of the Berlin Wall. I’ve had the good fortune to cover this linchpin of the PNW’s Romanian community for a few years now, and it’s always been immensely satisfying. This year’s highlights (please see below) follow suit.

Moon Hotel Kabul: The 2019 Romanian Film Festival opens with Co-Writer/Co-Producer/Director Anca Damian’s involving thriller/character study/meditation on grief. Ivan (Floran Piersic, Jr.), a jaded investigative reporter, has his world rattled after Ioana (Ofelia Popii), the young translator with whom he’d had an affair In Kabul, turns up dead from an apparent suicide.

Damian summons up some legitimate slow-burn tension as Ivan finds himself getting entangled in what could be a dark, perilous conspiracy, but Damian is as interested in the ripple effect of Ioana’s passing (and its reverberating impact on Ivan) as she is in political-thriller tropes. Piersic, who’s also attending the Opening Night screening and doing a Romanian-language stage show on November 18, is riveting in the lead—an indelible presence Blessed with tough-guy cynicism and a scruffy charm that brings to mind Stranger Things’ David Harbour. (November 15)

Heritage Shorts: ARCS Shorts (2019), A Distance (2018), The Call (2018), My Father’s Shoes/Opinci (2019): This shorts program includes shorts made by Romanian-American students during a summer camp sponsored by the Film Festival’s parent organization, ARCS (The American Romanian Cultural Society), and acclaimed efforts including A Distance, a moving cross-generational doc by 2019 Fest attendee Teodora Totoiu; Opinci, a charming animated short by Anton and Damian Groves about historic globetrotter David Dumitru’s relation with his young daughter; and The Call, an artful and lovely animated short by Moon Hotel Kabul helmswoman Anca Damian.

Toto and His Sisters: You may want to stock up on Kleenex prior to watching Alexandru Nanau’s sometimes harrowing, oft-inspiring documentary about three siblings holding together their lives while their mother serves time behind bars for drug dealing. (November 16)

The Whistlers (La Gomera): Romania’s submission for the 2020 Oscars, and a Palme d’Or nominee at the 2018 Cannes Film Festival, writer/director Corneliu Porumboiu’s neo-noir follows a bunch of money-laundering gangsters using a system of bird-like whistling to evade law enforcement. Rumor has it that it’s a razor-sharp, accessible, and monumentally entertaining crime flick. (November 16)

That Trip We Took With Dad: The left-field surprise for me among the 2019 Romanian Film Festival entries available for screening at press time was this winning 2016 dramedy about two brothers attempting to get their sick father over the border for major surgery, amidst the 1968 Soviet invasion of Czechoslovakia.

I’d imagine there’s a bit of a learning curve parsing out the multi-pronged conflicts intruding on the human characters here. But director Anca Miruna Lazarescu does a great job of setting unforced context for the political tumult, all while crafting a wistful, funny, and surprisingly moving road buddy movie.

Given the Romanian Film Festival’s batting average over the years, it’s highly advisable to give the full schedule a look. Check out the full schedule, tickets for festival passes and individual screenings, and more, available here.