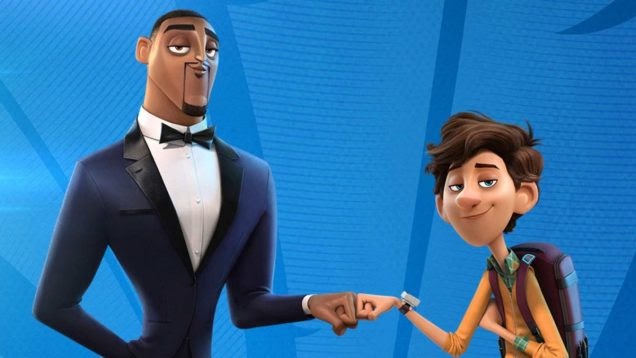 It is my immutable belief that when it comes to movies and television, spies are impossibly cool, though no one really understands what they do. Or maybe because of that, because the covertness of the job allows for projection of just about anything. I’ve never understood how being the coolest, most suave, and handsome person in a room could be considered “incognito,” but that’s my problem.

Anyway, that takes us to Spies in Disguise, a new animated feature from Twentieth Century Fox, that uses the voices of Will Smith and Tom Holland, among other people you’ve heard of. Smith is Lance Sterling, the PG-rated stand-in for James Bond. Holland is Walter Beckett, a zoomer Q that makes all of the spy gadgets that employ love and glitter instead of bombs and ammunition. One of his devices is called the “inflatable hug” and he, through most of the film, turned Sterling into a pigeon. It’s what you would have left if you took a season of “Archer” and sanded out everything that could possibly considered objectionable.

I can’t stress this enough, but Spies in Disguise is probably the most harmless movie I’ve ever seen. Even (the admittedly great) Frozen 2 is far more subversive. That’s not necessarily a bad thing, and judging Spies in Disguise for what it is, it’s enjoyable.

In the early scenes, Smith’s Sterling gets fired from his spy agency because a bad guy with a robotic hand is successfully able to frame the hero for the villain’s crimes. It was a rapid fall from grace because low-level employees at the spy agency would previously get excited from just a high five from the top spy, now he’s persona non grata. Walter is also recently-unemployed because some killjoys above his pay grade failed to see the potential of his non-violent weaponry.

Predictably, Sterling and Walter go on a trip across the world to clear their names and catch the bad guy, who has a plan to wipe out every spy in the world by drone. It satirizes some spy thriller cliches, ever so lightly, and it’s fun. I wish there were some more winking references that parents (or childless adults sent here for review purposes, ahem) might get, or at least some witty dialogue. That’s all absent, and there’s very little here that’s memorable. It is fast-paced. I had trouble remembering some of the details of the movie even though I wrote this review the day after seeing it.

Spies in Disguise serves basically as a babysitter. Kids should like it, they won’t get in any trouble, and they won’t pick up and bad words or worse habits should they emulate what they see on screen. I’d say it is like a gateway to Bond, but it’s not that memorable. That’s not a bad thing.