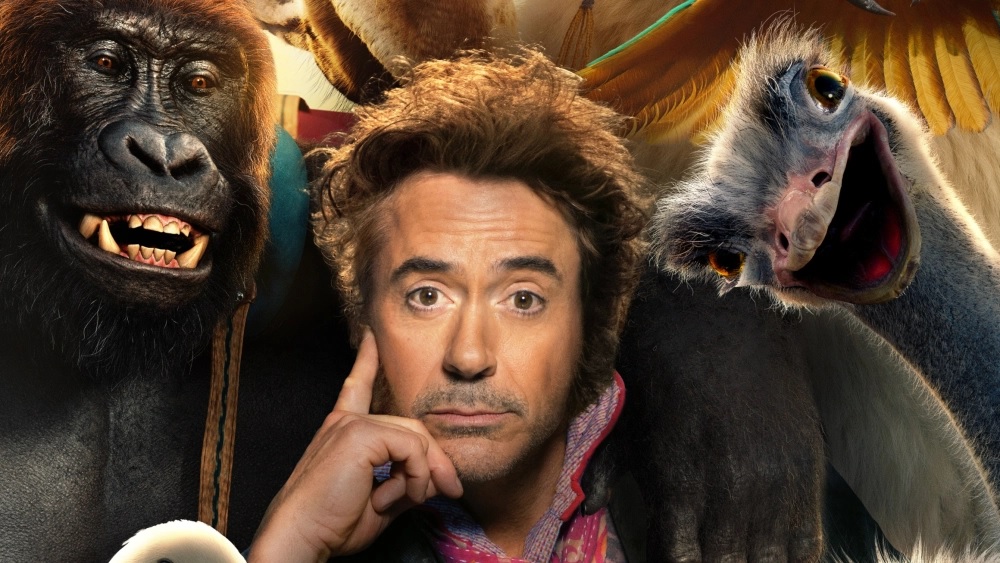 Over the past decade, Robert Downey Jr. has almost exclusively played Tony Stark in every Marvel movie they could fit him into. With Avengers: Endgame out last year, where Tony Stark was finally laid to rest (sorry for the spoiler), it is curious that Downey chose this film, Dolittle, to be his first of the post-Tony Stark era.

Dolittle is another retelling of the story about a doctor who has the unique ability to talk with animals in their own languages. Rex Harrison and Eddie Murphy played the part before Downey, who brings his own take on the story (mostly an unfortunate Welsh accent). Here, Dr. John Dolittle is a hermit that looks like he hasn’t seen another human being in decades, and he’s okay with that. He’s got his own sanctuary where he lives with his animal friends, and all of the animals have famous voices (like Emma Thompson, Selena Gomez, John Cena).

That’s all fine and well until he gets two visitors at exactly the same time: a young boy who accidentally shot a squirrel during a hunting trip (he was trying to deliberately miss the birds he was ordered to shoot and hit the squirrel instead) and a young woman with direct orders from the Queen of England that she wants Dr. Dolittle to treat her while she is very sick and possibly dying.

Dolittle has little use for either, but relents to the Queen’s request because he’s told that upon her death, the British treasury takes control of his sanctuary. It is very much in his own selfish interests to keep the Queen alive. When he visits Her Majesty, he deduces that she’s been poisoned and the only antidote is on a very remote island. He sets sail with his trusty pack of CGI animals and the boy (named Tommy Stubbins and played by Harry Collett), who sneaks his way on board. Oh yeah, and they’re being trailed by Michael Sheen (most recently seen as a serial killer on “Prodigal Son,” but here he has more malevolence) with orders that he prevent Dolittle from saving the Queen.

There is a subplot with Dolittle’s wife who died exploring the remote island that John Dolittle has to conquer to save the Queen. She was allegedly the most fearless explorer and an inspiration to everyone and only her diaries can direct them to the exact location they need to go to. When Dolittle tries to recover her diaries, her father is not glad to see him and he finds himself imprisoned. For reasons I cannot comprehend, Antonio Banderas, Academy Award nominee and star of 2019’s best movie, plays the father and it’s not not embarrassing. He just looks ridiculous. I can’t add anything more.

Yet, when it came down to everything, I thought the movie worked for what it was. It’s not great cinema but it was a harmless family film that was a lot of fun. I enjoyed trying to piece every celebrity’s voice to what animal they were talking through, and Downey is a good enough actor (actually one of our best) to carry a film that would otherwise be forgettable. Some moments had me smiling and when the movie let out, the reaction from the majority of children in the crowd was pure exuberance. It’s a flawed movie in a lot of ways, but I think it’ll please children and amuse their parents, or at least keep the kids out of trouble for a couple of hours. Plus, it could have been far, far worse. It could’ve been Cats.