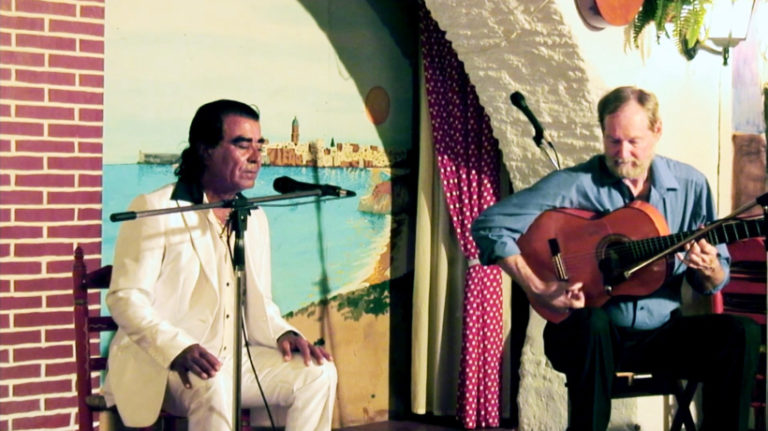 Flamenco Syndrome explores the passion that people in the Spanish community of Jerez de la Frontera (Andaluca) have for flamenco dancing and singing. It’s a fascinating movie that is unlike most documentaries I’ve seen. It let’s viewers into this community and shows how the common love for music and dancing can bring the community together over several generations.

Indian-American filmmaker Bijoyini Chatterjee went to Spain to immerse herself into this culture and lets you see what it means to the main participants interviewed here. She said in an e-mail that she filmed this movie over a span that lasted from 2009 through 2013. And they all have opinions on the purity of flamenco, almost exclusively preferring the emotional element over technical proficiency. I guess it’s very “punk rock” in that regard.

One of the things I found most fascinating about the movie is how it shows how welcoming Jerez is to a select few outsiders, even though it is closed off to most people. Both the filmmaker but also another central figure in the film, Aya, a Japanese lady who immersed herself within the culture formed deep bonds with people within the gypsy culture of Jerez.

I think that’s the beauty in the film and in flamenco and in Jerez, that it shows this intimacy but connection people can find within the community. It’s incredibly intimate, like most of the movie is filmed in living rooms of their friends and community members, because it largely was.

And that’s the beauty of a labour of love like this, it gets you into a place that wouldn’t otherwise let you in.

{Flamenco Syndrome plays at the Northwest Film Forum on Sunday, March 8 at 4:30 PM. Tickets and more info can be found here.}