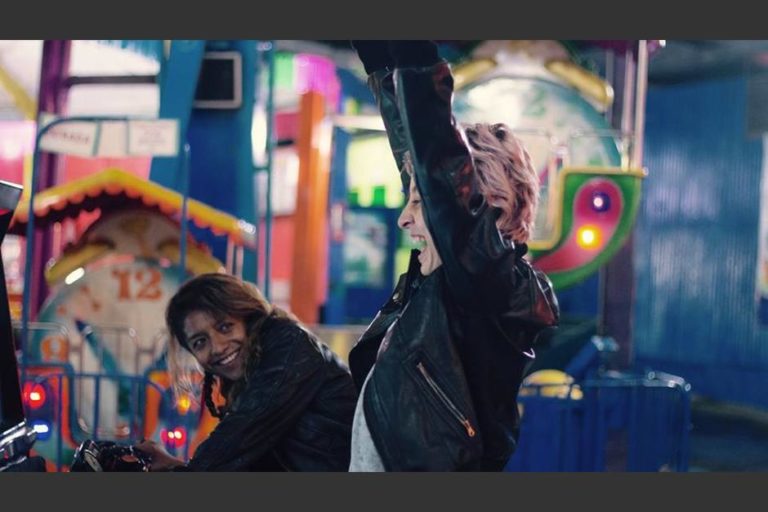 Gunpowder Heart, a new movie that premiered on Amazon Prime that was scheduled to play SXSW earlier this year, is a potent film about a sexual assault in Guatemala. It revolves around two girlfriends, Claudia (Andrea Henry) and Maria (Vanessa Hernandez), who are attacked and raped one night, and how it impacts their relationship going forward. Maria is far more impulsive, so she’s ready to seek revenge (and move to the United States) and Claudia is more cautious and not sure that revenge is worth it. Claudia’s grandfather believes she should spend her time on a more meaningful cause. Maria also has a gun.

What I liked so much was that it’s about a character study in a situation that feels hopeless (Claudia goes to the police station to make a complaint and, after waiting for a long time, is told that the police have run out of paper to take her complaint). The movie details the emotional swings trauma can have on a person, especially when your attackers are easy to find in public.

The interplay between the two lead actresses is outstanding, as are the individual performances from Andrea Henry and Vanessa Hernandez. I don’t think there was a moment in the movie where I didn’t know what each was thinking, even when it contradicted what they were saying. That’s not something that’s generally easy to pull off. Neither actress has a second credit on IMDB, so they’re not seasoned, professional film actors, so director Camila Urrutia deserves a lot of credit for coaxing two excellent performances out of her leads.

This is an impressive first feature for Camila Urrutia, who has crafted a well-paced and thought-provoking movie that feels very timely. I think she’s very much a filmmaker to watch for in the future. I hope it gets a wide audience beyond the now-dismantled festival circuit. It’s a short (under 90 minutes) and powerful film that I’ll be thinking about a lot in the near future.

Gunpowder Heart is currently streaming free on Amazon as part of its South by Southwest Festival Collection, through May 6.