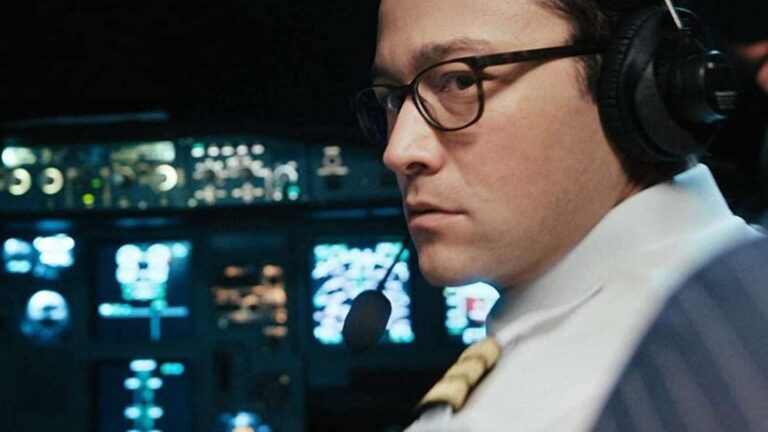 7500 was just released Thursday of last week on Amazon Prime. It puts you directly in the pilot’s seat in real time as a plane is hijacked. In light of the embroiling events of not only COVID but protests around the world, I had a hard time with this film.

7500 is undeniably well acted, well directed, and well filmed. Joseph Gordon-Levitt masterfully stars as the co-pilot and protagonist filling the majority of the 92 minute screen time. It is from a nearly first-person perspective with most of the film shot within mere inches of Gordon-Levitt’s face, bringing home the intensity and closeness with which you’re meant to associate yourself. That’s where this film fails for me.

The cavalier way with which 7500 depicts the destructive and murderous actions of hijackers bombarding the cockpit mid-flight go over the line of simple thrill ride and uncomfortably into the realm of exploitation. The fear, personal pain, and vulnerability that a situation like this can beget becomes too real. So real, in fact, those with a history of trauma should stay away.

I am not one to shy from intense thrillers, horror films, or even intense violence. We can learn from these stories, grow, and even heal personal biases and histories that we’ve been hiding from, if it’s done in a way to liberate the viewer. For instance, the incredibly graphic and disturbing images in Ava DuVernay’s 13th are meant to inform and educate, but in 7500 didn’t feel as if their purpose was to educate or foster growth in any fashion. It almost felt like they were pushing our faces into unavoidable tragedy with a sense of glee, stoking our deepest fears. In a time where an invisible virus is running rampant and we have only a modicum of control over staying safe and healthy, feeding on our anxieties and pushing us to stare at it like we’re Alex in A Clockwork Orange is exploitive and dangerous.

While my words may intrigue and entice you to watch the film, I hope you take my review to heart and at least brace yourself for what’s to come.