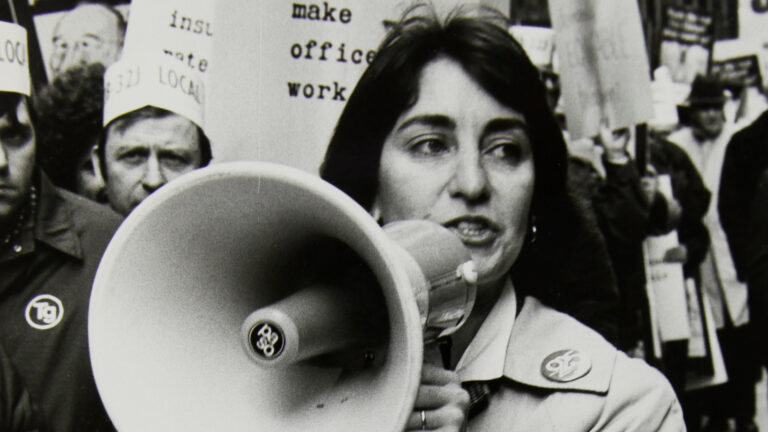 Like so many before it, the AFI Docs Film Festival cancelled their in-person events for 2020, but the silver lining is that they moved their prestigious annual presentation of documentary films into virtual format, making them available to a wider audience who might have never even considered making the trip to Washington DC to spend the weekend watching non-fiction movies. The event runs through June 21st with $8 tickets for each film. Like an old-fashioned film festival, individual screenings are available on specific days and “can sell out” so peruse the collection and make an appointment to sit down with a new film or two. Indiewire has a round-up of the ten most anticipated festival selections, including 9to5: The Story of a Movement (the true story that inspired the 1980s comedy) from the Oscar-winning team who made American Factory (June 19); Freedia Got a Gun, from Drag Race producers following bounce legend Big Freedia’s quest to make New Orleans safer (June 20); and White Noise, Daniel Lombroso’s investigation of the disturbing rise of the alt-right (June 20).

Newish releases skipping direct to VOD include Babyteeth, a celebrated life-affirming debut from Shannon Murphy starring Eliza Scanlen and Ben Mendelsohn; Miss Juneteenth, a Sundance charmer about a mother preparing her daughter for a beauty pageant; You Should Have Left in which Kevin Bacon is somehow married to Amanda Seyfried and they get into some sort horrifying Blumhouse situation; Joseph Gordon-Levitt airplane hijacking nail-biter 7500; and Olivier Assayas’s Cuban exile spy thriller Wasp Network, complete with a star-studded cast including Ana de Armas, Édgar Ramírez, Gael García Bernal, Penélope Cruz) and mixed reviews. Oh, and Yann Gonzalez’s campy neo-Giallo Knife+Heart, a SIFF Sunbreak Fave has also made its way to streaming land (PrimeVideo, plus others).

Local theaters remain in the virtual cinema game with plenty of offerings to support shuttered cinemas. Notable entires in SIFF’s Virtual Programming include Cinema DNA: Get Out and the Black Perspective, a virtual class led by Nicole Pouchet (June 23, sliding scale); Up From the Streets, Michael Murphy’s documentary about the culture of New Orleans told through the lens of centuries of vibrant music. Northwest Film Forum is donating all proceeds this month to organizations that empower the Black community and in recognition of Pride month many ongoing films explore LGBTQ experiences. Among them are You Don’t Nomi, a documentary that explores the “complicated afterlife” of Paul Verhoeven’s inadvertent camp classic Showgirls; and Aviva, that explores masculine and feminine dynamics through unconventional casting and dance, the film’s director Boaz Yakin is a virtual “visiting artist” who will be participating in a series of Zoom webinars to discuss the film. Finally, Orcas Island Film Festival and Eastsound’s Sea View Theater have a full slate of films available through streaming platforms. The one that intrigues me most is Beyond the Invisible: Hilma AF Klint, a documentary about the recently-recognized pioneer of modern art that was among the New York Times’s best movies of the first half of 2020.