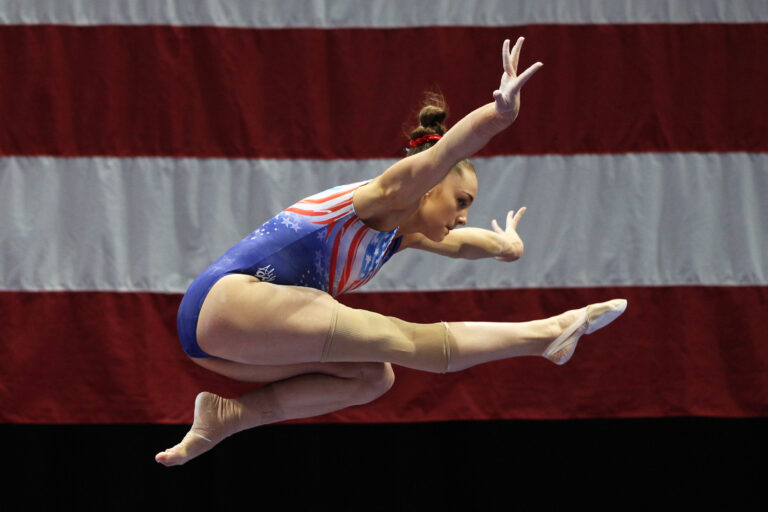 It seems hardly fair that after ESPN gave us a ten-part documentary series on Michael Jordan’s ego, a telling of organized sports’ worst scandal would be contained to a 100 minute documentary on Netflix.

Athlete A is about how USA Gymnastics covered up the abuse of literally hundreds of young girls (going as young as six) at the hands of team doctor Larry Nassar over multiple decades. Nassar plead guilty in 2017 to multiple charges of sexual abuse of minor and possessing child pornography. All told, 368 girls, most gymnasts, accused him of abuse. Unless he manages to live to be about 300, he’ll spend the rest of his life in prison. No question Nassar is a monster, but you don’t get the chance to abuse 368 young athletes without the support of USA Gymnastics, and the embattled organization continued to ignore complaints about Nassar until they became public. 115 people were implicated in covering up Nassar’s abuse.

Leading up to the Indianapolis Star’s explosive report, USAG’s then-president and CEO Steve Penny was covering up the allegations and retaliating against the athletes who made them. He even tried to get a top FBI agent on his payroll. The documentary paints Penny as a control freak who demands 100% obedience from USAG athletes (a point that should not be missed is that exactly zero of them are adults). Athlete A tells of Penny flipping out when USAG’s greatest athlete Simone Biles asked her teammate Maggie Nichols to be in a TV commercial. Nichols is Athlete A because she was the first to make allegations against Nassar and Penny very much wanted to minimize her role on the team, even keeping her off the 2016 Olympics team.

Athlete A interviews a lot of the key figures in the story, including Nichols and Rachael Denhollander (another of the first athletes to publicly speak out against Nassar and USAG), as well as the Indy Star reporters who broke the story. I appreciated the way that the filmmakers let the athletes tell their story and it was very moving. I was a little surprised that some of the other high-profile athletes like Aly Raisman and McKayla Maroney were only mentioned by name but didn’t appear in the film.

Penny’s arrest in 2018 for evidence tampering and his cowardly appearance before the US Senate are climactic scenes in the documentary, but the implosion of USAG hardly stopped with his removal at the top. In fact, USAG’s post-Penny/Nassar path forward should get its own documentary. It’s almost too unbelievable how incompetent the organization was.

Penny’s successor was a woman named Kerry Perry, who did no outreach to abused athletes, shunned the press, kept Nassar loyalists on staff and bizarrely even brought in new ones, before her unceremonious ouster nine months later. And then there was Mary Bono, the former Republican Congresswoman who brought in to steer the ship on an interim basis but resigned after just four days (that’s not a typo) when she made a weird endorsement of further silencing athletes.

Athlete A is a compelling documentary that centers the stories of Nassar’s victims and it shows an organization that worked diligently to allow Nassar to continue to abuse girls. But the story continued to get worse long after the story told in Athlete A ended.