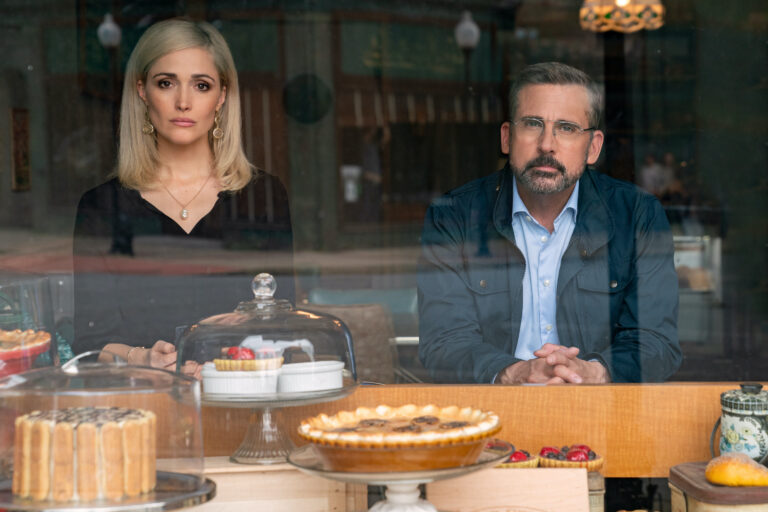 During the course of his sixteen year tenure hosting a very popular fake news show, Jon Stewart settled into a set of usual suspects for nightly ribbings. Earnest exasperation with the sorry state of cable news media, their abdication of journalistic responsibility in favor of pandering, bloviation, and enthrallment with a surface-level coverage of a carousel of ratings-stoking scandals. An angry awareness of the of the pernicious role of big anonymous money in politics and the outrage at how vast sums of shady money funneled into unaccountable SuperPACs. Growing unease with the national parties, donor-hungry operatives, and their striking disconnect from the “real” people and their real concerns (whatever that meant). All are major issues that still legitimately threaten our democracy, no doubt, but they’re also big, soft, targets with little room for disagreement among his core audience, or really even among the population at large.

Alas, he steered Craig Killborn’s little nightly news spoof into The Daily Show as respectable political powerhouse, winning dozens of Emmy awards and a few Peabodys along the way. So, while it’s not surprising that Stewart returns to familiar territory for a his new feature film Irresistible, it’s more than a little disappointing that doesn’t seem to have caught up with the current, much thornier essential conversations about racial and structural inequalities our society. While it’s lightly amusing, it also feels dull, out of step, and far from essential.

Opening at the disastrous endgame of the 2016 election, we meet Steve Carell spinning for Hillary (his Gary is some approximation of Robby Mook, straight, but with a heavy-handed emphasis on Out-of-Touch Big City Effete) and Rose Byrne gleefully lying for Trump (as, let’s say, Slightly Less Evil Kelly Conway). We know how that turned out, but in case you forgot, file footage of a large man taking a cannonball to the gut serves as a helpful refresher. When we next see Carell, it’s in the sad blue light of Inauguration hangover, waking up to a fight with his electronic devices (because apps! can’t live with ’em, can’t live without ’em, am I right?).

Elsewhere, in “Rural America” (a real caption), Chris Cooper finishes up his day’s toils on a farm, drives his suitably Classic Pickup Truck through the crumbling remains Typical Small Town (boarded-up in the wake of a military base’s exit), enters a Folksy Town Meeting, grabs the mic, and makes an impassioned plea to an Indifferent Mayor against a foregone new town policy that will require immigrants (maybe?) to show identification before receiving unspecified benefits. His speech is folksy, plainspoken, and threaded with homespun wisdom and tough talk; so when, by some miracle, one of these midwestern hayseeds manages to upload it to the YouTube under the title of “Hero Marine Stands Up For Immigrants” it’s catnip for a failing campaign operative like Gary who’s hungry for a ticket back into the promised land of electoral politics. Is that rebound by listening to the base or ignored concerns of activists? Hell no, it’s that fabled middle-ground, the convincible rural working class!

After some light convincing at the DNC, Gary has his staff pack his “Aspen Ideas” (not Davos) suitcases and rent him a Real American SUV (with a nice soundsystem, he’s a fussy traveler is the joke) so that he can hop on a private jet to convince a random farmer to run for mayor of the crumbling town of Deerlaken as the first step to being the new face of the Democratic party. It’s an obviously preposterous proposition, but it’s treated more often with fuzzy sincerity than the sharp satire it deserves.

It takes only an off-menu “burger and a Bud” at the German beerhall and a night in the town’s only hotel (where he carrying his own bags up the stairs to his room that doesn’t even have WiFi?! The indignity!) for “DC Gary” to become a mini-celebrity to every last one of the local yokels of Deerlaken. A long day chasing Chris Cooper’s reticent Colonel Jack Hastings around his farm convinces the hero widower and his dearly devoted daughter (Mackenzie Davis, who’s really too good for this) to set aside a lifetime of political non-ambition in favor of a splashy race for mayor. Soon enough, Gary’s pulling out his organizational toolkit, marshaling hapless volunteers, and working his old levers of power to raise money and spin-up a proper campaign to make Deerlaken democratic again. Opportunities for Carrell to exercise his “hangdog frustration” acting muscles abound and he grimaces, seethes, or explodes over every campaign misstep and indignity of small town life while still holding onto a twitch of depression and a few sparks of political optimism. We’ve seen this from him before and we’re sure to see it again.

The escalating profile of the race — from billboards to campaign offices to fancy NYC fundraisers — exist entirely as setups to zing the media, elites, idiotic overconfident pollsters (nice cameos from Natasha Lyonne and Topher Grace), the absurdities of campaign finance laws. Neither these, nor the rural hijinks — pastry purveyors, angry nuns, did we mention the lack of WiFi? — are exactly funny or surprising. Happily, as the contest takes on national implications a few genuine laughs arrive when Rose Byrne storms into town to compete with her old rival (I admit to laughing about an ongoing joke related to zealous punctuation). She at least knows she’s in a farce and makes the most of the role as a venomous operative with no concern for anything but winning for its own sake, humiliating her nemesis, and winning a sexy sidebet.

One quickly begins to wonder whether it’s a flaw, a choice, or a flawed choice that we never really get to know anything about any character in the movie beyond the most superficial details. An unease grows upon recognizing that a film meant to skewer the politics of platitudes and confront the coarse characterizations of manipulative modern politics itself deals entirely in stereotypes of the broadest order. And it’s hard to ignore mild irritation upon recognizing that a story about the purity of place substitutes Georgia for Wisconsin (presumably for financial reasons) while casting a lone African-American actor for the sole purpose of a throwaway joke about how the town has no people of color among its small population. The most generous interpretation is “maybe it’s meta?”

Ultimately, Stewart takes what’s become a self-evident position — money has corrupted politics and the media is complicit — and turned it into a toothless comedy with a teachable twist (spoiler: there’s a twist and as bad as it is, the movie would’ve been leagues better not saving it until the end). It’s not unamusing or incompetently made, but with the cast and pedigree also feels like a bit of an artifact from another era (the end credits include an interview that feels like it could’ve aired when Stewart was still hosting the Daily Show) and a wasted opportunity to try out some new material or engage with the urgent discourse that’s emerged since he retired from his weeknight gig on basic cable.

Like every other film scheduled for a spring theatrical release, Irresistible skipped the multiplex in favor of a VoD release. It will “Premiere at Home” beginning on a variety of platforms, via Focus Features.