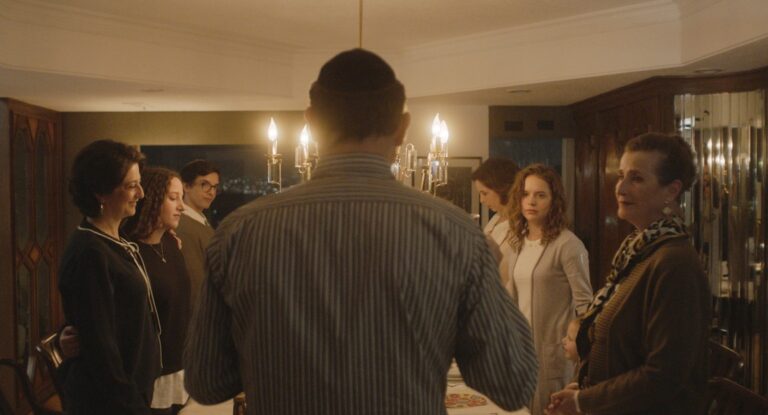 I have to say, being my first year “taking part” in the Seattle Jewish Film Festival (SJFF), I’m enjoying it immensely despite only catching the second half. I grew up as a cultural Jew and while there are certain aspects I’m happy to have missed out on, I feel as if there are parts of my history I have yet to unravel and this film festival brings them joyously (and maybe a little painfully) into the light.

There are two films in particular that emphasize tradition; one in a positive, if contentious, light and the other as a stranglehold on creativity and freedom. Though as an aside, it seems most of the films in SJFF touch on it at least once or twice.

The first is The Rabbi Goes West, a documentary about the communities of Jews throughout Montana and the conflict between the two sects of Judaism. It follows the life of a man, Rabbi Chaim Bruk, who grew up in New York and became a high ranking Rabbi of Chabad-Lubavitch living in Bozeman, Montana.

Chabad-Lubavitch is an Orthodox Hasidic Jewish movement that is mostly geared to outreach and bringing Jews into their local synagogues and communities. What was fascinating about this film wasn’t the religious differences between Orthodox and Reform Judaism, it was all the in-fighting between rabbis in the state of Montana. Who knew?!

I learned a lot about a religious movement that had, until this point, been a complete mystery to me. However, it also showed me that just as in every religion, it’s all perception in how we as people want to worship. Even if you agree about the name and style of your worship, the way in which you do it is so very personalized and most of the folks in this film didn’t like the “salesman” style of Bruk going door to door to chat with the Jews in their community. It felt really well balanced following both sides of the argument and allowing each their time to speak… but I’ll be honest, it was hard to like Bruk. If for no other reason I’d suggest seeking out this film to learn more about the world we live in.

The second film dealing in tradition was Leona and it has been my favorite of the festival so far. Ariela, a young immigrant from Syria, lives in Mexico City with her family who hold fast to their Jewish traditions and tight-knit community. As a muralist, she has already disappointed her family with a job they don’t take seriously and when she falls in love with a goy (non-Jew) she hides it to avoid more ridicule. Eventually, heartbroken, she has to make a choice about how she wants to live her life: boldly or obediently.

While this is not a new story in the least, this one in particular is a cultural melting pot with a mix of Judaism, the beauty of Mexico and its own cultural identity, as well as immigrants feeling lost, clinging to the culture of their homeland. When do we let go of tradition and find new, vibrant ways to celebrate our own heritage, culture, and beliefs with those of the people around us? Is it better to cling to what we know and love or to open our hearts to change? I think this is a question we not only ask ourselves in the religious aspects of our lives but in our personal lives as well; one that can be incredibly hard to work through. Hopefully we’re all on a positive personal journey to work through such difficult questions and in the meantime we can watch beautiful stories like Leona.