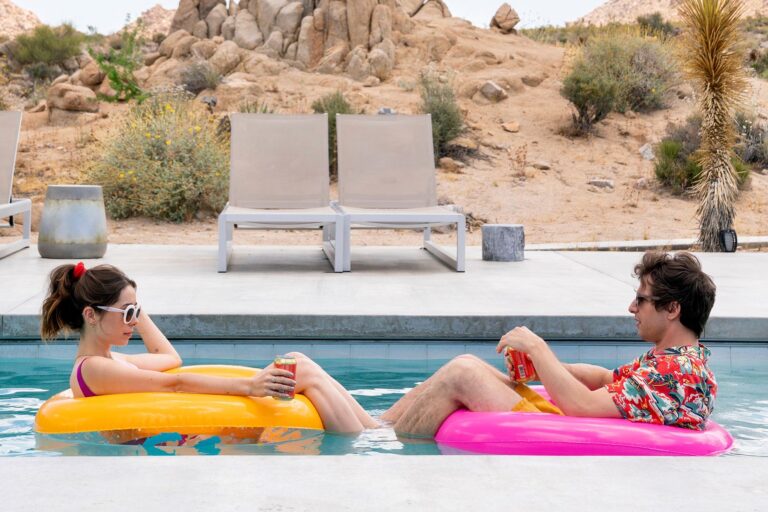 For the first time in a very long while, it feels like something like a summer blockbuster weekend in the streaming realm with big projects from big stars seeing the light of day from the comfort of your living room. Pop your own popcorn and order some Red Vines on instacart and it might actually feel like summer escapism we’ve all been craving from the movies.

And although it’s far less splashy, but there are plenty of star turns — including one from Eve in the title role of Kelly Reichardt’s movie-of-the-year (so far) First Cow. It’s is finally available on a variety of rental platforms after its theatrical window was cut short by the pandemic. It’s almost enough to make you hope for a little rain this weekend to fit them all in, guilt-free.

For something a bit more out-there, turn to The Grand Illusion whose virtual streaming presentations this week includes We Are Little Zombies, in which four orphans whose parents bodies have been “turned into dust like fine Parmesan atop a plate of spaghetti Bolognese”, devoid of emotion, salvage some supplies to face the apocalyptic existence by starting a chiptune band to conquer the world. Early reviews are surprisingly favorable.

Along with it’s ever-growing slate of online programming, this weekend, Northwest Film Forum hosts the Seattle Deaf Film Festival, which features films that span all genres to showcase the Deaf and hard of hearing experience and seeks to cultivate a vibrant community of emerging and experienced Deaf filmmakers, actors, and producers. Programming includes films and online panelsTickets for individual screenings, panels, as well as full weekend passes are available.