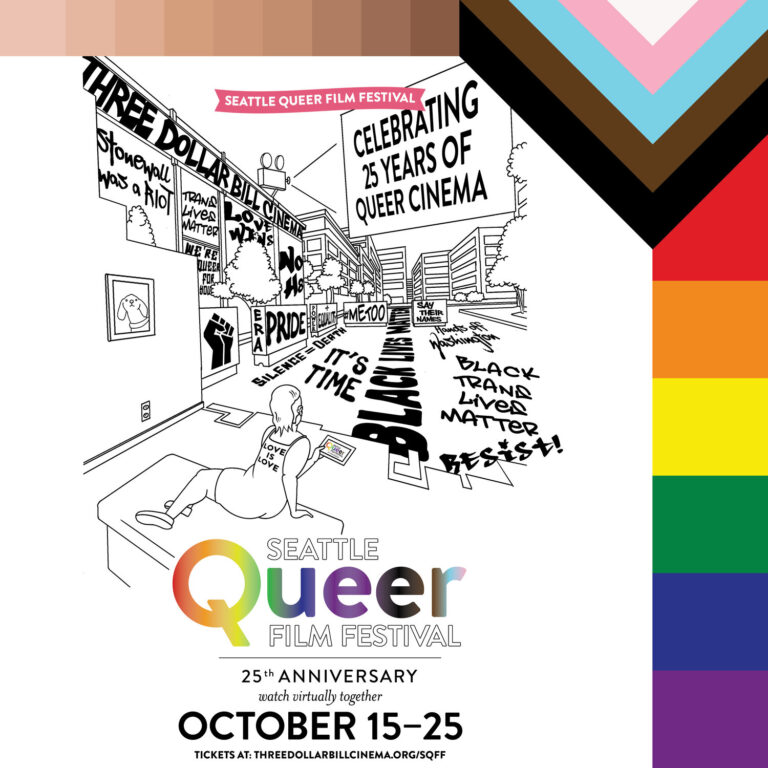 I said it once before but it bears repeating: the Seattle Queer Film Festival is one of the best-programmed mini-festivals in the Northwest. Last year’s festival closed with the exceptional Portrait of a Lady on Fire, months before the critical buzz swirled around one of 2019’s best films, giving the SQFF the only opportunity to see it in theaters for several months.

This year’s festival, which begins on Thursday (which is *checks watch* tomorrow), has lots of stuff that also looks great. Here are five films I’m particularly excited about:

The famous lesbian lifestyle magazine that was previously called Deneuve, before Catherine Deneuve objected, is profiled in the closing night film at SQFF. It looks like an interesting exploration of a magazine with a controversial history (actor Michelle Rodriguez accused the magazine of implying she’s gay in 2007) and an uncertain future in publishing.

SQFF25’s opening night film is a dramedy about a gay Muslim man in West Hollywood who meets an American man willing to break fast with him during Ramadan. Breaking Fast has played some high-profile festivals, like Outfest in Los Angeles, and the reviews have been positive, so this looks like a good way to begin the festival.

Easily the movie I most want to see at SQFF25. I find Truman Capote such a fascinating figure because he was easily one of the best writers of the twentieth century, but is known for being famous. This movie promises to explore his unfinished book Answered Prayers, as well as interviews with his friends, peers, and colleagues. I can’t wait.

It’s almost Halloween and slasher movies are in vogue right now. This gay slasher movie looks incredibly gay and campy, and I mean that as a big compliment. Just read this synopsis: “At a gay club in Providence, two roommates are looking for hookups. Unbeknownst to them, a serial killer is on the loose, catching prey through the app Poundr…This macabre drag slasher features a gloryhole meat grinder, high heels as far as you can see, and an ensemble of characters, including club owner Tony Two Fingers and the washed-up Gloria Hole.”

This French/Flemish coming of age/road trip film features a trans teenager who sees her supportive (emotionally and financially) mother die and she takes a road trip with her estranged (and less supportive) father to spread her ashes to her final resting spot. Lead actress Mya Bollaeres is receiving raves for her star turn as Lola.

Tickets and more information can be found at the SQFF homepage.