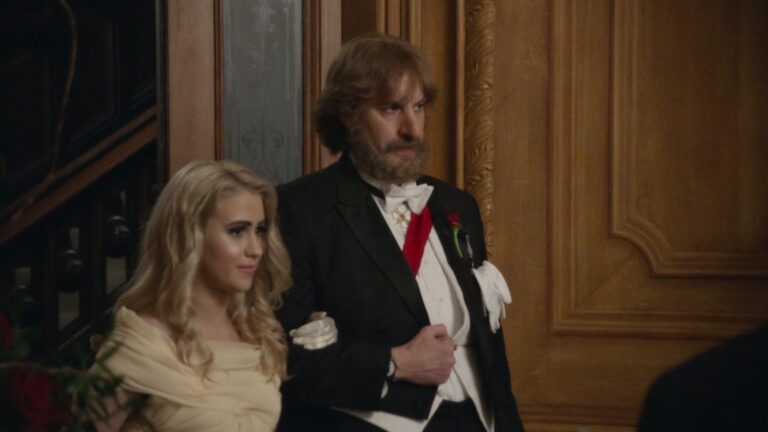 Shortly after his surprise TV show “Who Is America?” debuted on Showtime in 2018, Esquire declared, “Sacha Baron Cohen Didn’t Return to Humiliate Republicans. He’s Here to End Careers.” And he did! A right-wing ghoul in the Georgia Legislature couldn’t finish out his lame duck term due to, umm, showing his naked ass and using the n-word on television.

Despite insistences that he would be retired more than a decade ago, Baron Cohen is back with his most famous character, Borat Margaret Sagdiyev. And Borat has a new mission: to go back to America and offer a gift to one of the most powerful politicians in the country, to salvage Kazakhstan’s reputation that Borat destroyed last time out.

If you are wondering with numbers of careers damaged and Borat’s ubiquity in pop culture (in the new moviefilm, Borat visits a costume shop that has a Borat costume for sale), would people be more guarded about showing their worst qualities to the most ridiculous strangers in front of cameras? My friends, it gives me no pleasure to say they would not be.

Baron Cohen has several new characters, though none less ridiculous than Ali G. or Erran Morad, and a sidekick, Borat’s teenage daughter Tutar Sagdiyev (Maria Bakalova). Her dream is to live in a gold cage, like Melania Trump (to Borat, her husband is MacDonald Trump). She has some hilarious moments, like telling an Instagram influencer in the sugar baby space that her preferred age for older men is “near death” and when she addresses a meeting of Republican women that I really don’t want to spoil. Together, they scandalize a father/daughter debutante ball.

There are lots and lots of gags here and I found myself laughing a lot out loud during this moviefilm. I was not planning on revealing what politician gets caught up in Borat and Tutar’s honey trap, but he’s having a meltdown on Twitter over it right as I type this.

Not every joke lands, of course, but there are few who appear on screen with a Sacha Baron Cohen character that will leave with their dignity intact. One who did was an elderly Jewish woman and Holocaust survivor who died after appearing with Baron Cohen in the moviefilm’s sweetest scene. The moviefilm is dedicated to her, though her daughter is suing. While there have been numerous lawsuits against Baron Cohen over the years, few, if any, have been successful.

Washington’s far right “Three Percenters” were also featured in Borat Subsequent Moviefilm when he tricked his way into a rally in Olympia, and they were not happy about it, as attendees were more than happy to sing along to a racist song they just heard for the first time while “Loren Culp for governor” flags were flown in the background. It goes to show what a chorus can do.

Borat and Sacha Baron Cohen’s genius lies not so much as shaming the shameless (which is impossible) but showing how eager people are to let out their worst thoughts to strangers they think are fellow travellers. As one lawyer told the New York Times in 2018, “If I come on to a television show believing that it’s a serious, political, issues-oriented format instead of this sort of satirical presentation, and I make a racist or misogynistic comment, Sacha Baron Cohen didn’t defraud me into making that statement.” Yet it keeps happening over and over again.

One thing I don’t think gets discussed enough is the apparent limitlessness of Sacha Baron Cohen’s acting abilities. Even dopes wouldn’t be falling for his pranks if he wasn’t at least mildly convincing. I think he’s also the only real comedian that is prepared for this really dumb moment in American history. This is the second new Sacha Baron Cohen movie(film) I reviewed that feels timely and relevant this week.

I find the question of whether or not the new Borat moviefilm is as good as the first one, from 2006, to be irrelevant. Both movies are great and very funny (the original had an element of surprise that can’t be replicated) but I find it incredible that Sacha Baron Cohen is still duping people. There seems to be no shortage of people willing to debase themselves on camera. But as long as bakers don’t flinch at writing anti-Semitic sayings on cakes, or elected officials don’t balk at showing their literal asses on television, I’ll continue to find it funny, because just saying “no” is always an option.