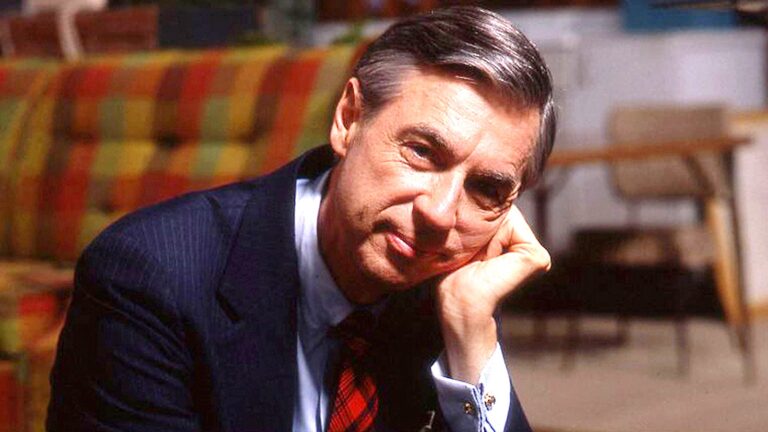 After a film-packed opening weekend, SIFF enters its first of three full weeks, reminding us as ever that this thing is a marathon, not a sprint. Along with dozens and dozens of regular screenings, the Festival has some special events in store for us this week, leading up to some fun events for your Memorial Day weekend..

On Wednesday May 23, the 1983 classic Highlander will be presented with a re-imagined soundtrack made up entirely of Queen songs by spun live by DJ NicFit.

When the weekend arrives, spend your Saturday night partying with Mr. Rogers: Won’t You Be My Neighbor?  plays at the Uptown and is followed by a party at The House Studios. (There’s a second screening on Sunday afternoon; the film’s director Morgan Neville scheduled to attend both.) On Sunday, enjoy An Afternoon With Melanie Lynskey at the Egyptian, which also features a screening of Megan Griffiths’s new film, Sadie.

Limited time, but still want to see a lot of movies? Maybe ShortsFest is for you! The festival-within-a-festival kicks off on Thursday with an Opening Night grab bag and runs through the weekend. Along the way, catch the Fly Filmmaking Challenge, in which Washington filmmakers were challenged to create short documentaries over the span of ten weeks. See what they came up with on Monday afternoon, then stick around for the closing night selections on Monday evening, and stumble over to Solo Bar for the closing party and awards ceremony later that night.

The weekend also features an Indigenous Media Lab and other events, including a screening and panel discussion for the premiere of Dawnland at the Seattle Central Library. The event is free to the public with an RSVP.

If all of these special events leave you with a free moment to see other films, here are a few that we’re most excited about seeing over the coming days.

I’m always up for a a “truth is stranger than fiction” documentary and this story of identical triplets separated at birth who reconnect nineteen years later sounds like it certainly fits the bill. The SIFF description promises “international celebrity” and (of course) an “extraordinary and disturbing secret” underlying the whole story. Sign me up!

Winner of the Grand Jury Prize at Sundance this year, Desiree Akhavan’s 1993-set drama finds Chloë Grace Moretz (in the title role) sent off to a evangelical gay conversion camp in upstate New York after being caught in a compromising position on prom night. There, she chafes against the faith-based indoctrination and commiserates with fellow “disciples” including Sasha Lane (American Honey) and Forrest Goodluck (The Revenant).

Comment dit-on “romantic comedy” en français? Juliette Binoche, playing a divorced Parisian, drifts through a series of romances, some more suitable than others, to varying success. A multidimensional performance captured through Claire Denis’s capable direction, be sure to stay through the end for some of the biggest actual laughs. ☆☆☆☆ (2017 was quite a year for films running all the way through, and under, the end credits).

This Zambian film explores what happens when a nine year old girl gets sent to a camp for witches because she’s accused of making another woman spill a bucket of water. It’s been picking up awards throughout the festival circuit, so I’m at least intrigued.

There’s nothing quite like the experience of watching a sporting event, only to have it interrupted by the absurdity of a naked man running onto the court or field. This Swiss movie is about a broke teacher who starts betting on how long streakers can stay on the field before being unceremoniously removed. It sounds like a better idea than whatever the hell daily fantasy baseball is.

I’m a sap for dark fairy tales, so Jonas Matzow Gulbrandsen’s adventure about a young boy searching for the beasts who’ve been eating his family’s sheep has me enticed.

Director Alex de la Iglesia has provided me with some of the most entertaining, utterly insane movie experiences I’ve had at SIFF over the years. Ergo, the placement of his producer credit on this 19th-century period piece/gothic horror film is endorsement enough for me.

Of course, there’s plenty more to see at SIFF. Review our preview and pro-tips and go have fun at the movies!  Keep up us during the festival on twitter (@thesunbreak) and with all of our coverage on our SIFF 2018 page: we’ll be back on Monday with more picks for opening weekend, posting reviews throughout the week, and occasionally convening for roundtables to make sense of the country’s biggest, longest, most-attended little film festival.