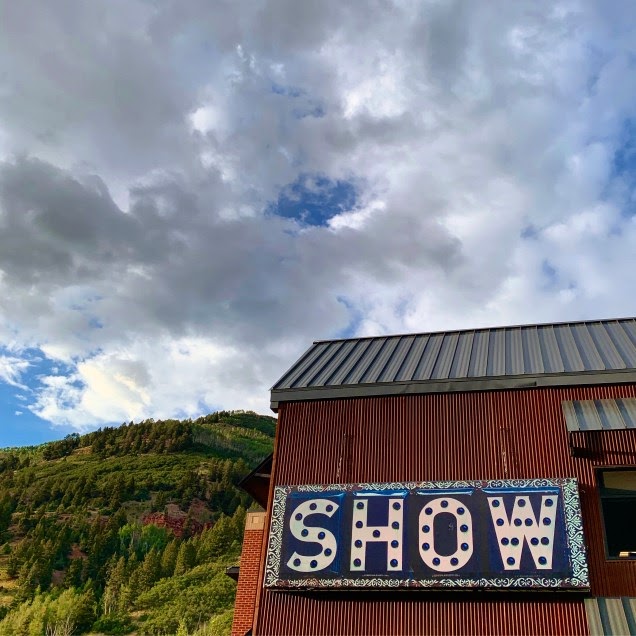 Monday at Telluride has — at least in the past two years — been the sleepiest of the long weekend’s cinematic sprint. Many of the festival guests have jetted off to share their films in Toronto; other visitors have checked out of condos and started the trek back to reality. In previous years, it was easy to stroll into most showings (the day is largely scheduled with TBAs, repeat screenings of the festival’s most popular offerings). This year, though, my final day featured some of the busiest, most competitive, queues of the festival — both for the films as well as for the famous grilled cheese cart. Both the sandwich (a special with fresh peaches) and the films were worth the wait — some of the festival’s best were saved for last. The festival generously provides press with a few “get out of jail free” cards to allow priority entrance; I felt silly about hoarding them until the end, but without them I would have missed some of the best films of the weekend, if not the whole year.

Parasite When we meet the family at the heart of Bong Joon-ho’s uproariously entertaining caper, they’re scurrying around their cramped apartment trying to leech a neighbor’s wifi signal, working together to fold pizza boxes for cash, and opening their street level window to accept “free” fumigation. A visit from a collegiate friend heading off to study abroad opens the door for the son to take over a cushy tutoring position. Soon enough, with a series of ingenious-if-cutthroat schemes, they all ascend from that squalid semi-basement to infiltrate every aspect of a wealthy household living high above the city in a marvelous architectural marvel.

In this social commentary what goes up must come down, both in riotous and often operatic fashion. The film is full of surprises, richly drawn characters, and supremely masterful direction. One sequence, following the family through Seoul’s socioeconomic strata in a downpour is a tour de force. Aside from being incisive and thought-provoking, it is easily the most entertaining film of the festival. ☆☆☆☆☆

Portrait of a Lady on Fire A painter, Marianne (Noémie Merlant), is ferried across a choppy sea to for a strange commission: a Countess (Valeria Golino) is attempting to negotiate a marriage between her daughter and a wealthy Milanese gentleman. Set centuries before social media, the portrait is meant to be the calling card to entice a proposal. However, this daughter, Héloïse (Adèle Haenel), has proven to be a recalcitrant subject, refusing to sit for a string of previous artists. Thus, Marianne agrees to work in secret, acting as a walking companion by day and relying on her memories and observations to covertly paint at night.

Director Céline Sciamma paints seduction and self-discovery with engrossing fidelity. The shape of the narrative will draw comparisons to Luca Guadagnino’s Call Me By Your Name, another recent reminiscence of a surprising summer catalyzed by an initially unwelcome visitor that closes with an unforgettable shot. But, this one is a story almost entirely of women: the artist, her subject, and a young housemaid. Intertwined stories find them each claiming a role as subject instead of object, building a sensuous study of faces and glances: curious, evasive, and yes, eventually incendiary. ☆☆☆☆☆

The Two Popes The once and future Bishops of Saint Peter have a series of imagined conversations about the direction of the church in Fernando Meirelles’s loose Pope Francis biopic covering the election and resignation of Pope Benedict. It is a talky film about the Catholic church and differing views on its direction and responsibilities that is made far more scintillating than it sounds by way of the charisma of Anthony Hopkins (as the Mean Old Pope) and Jonathan Pryce (reprising his role as Westeros’s High Sparrow for a take on the Cool Pope).

Behind-the-scenes glimpses at the politicking that goes into a Papal election are riveting. Scenes of the men on their own establish the film’s clear preference between the two vastly different approaches to the practice of faith. But although Francis is the clear favorite with obvious humility and charm, when the two men share a screen — debating, discussing, demurring — the scenes crackle with energy. The action stalls a bit when Meirelles flashes back to Francis’s past and the film’s point of view about the church’s crimes is softer than I might have preferred. Nevertheless, this unlikely buddy movie, works as a surprising crowd-pleaser. The word-of-mouth buzz that swept through festival queues to make the final showing a sold-out affair made complete sense. It’s only scheduled for a limited release, but should be a hit on Netflix. ☆☆☆½

Technically, the Popes ended in time for us to squeeze in one last film before putting Telluride to bed, but we called it a day after three to allow time to take in one last sunset from the Last Dollar’s new rooftop, make a traditional visit to Brown Dog for a delicious Detroit-style pizza, and debrief with old and new friends about the weekend’s highlights over a couple of beverages at the New Sheridan while still getting to bed in time to get a fresh start on the always-bittersweet drive out of town.