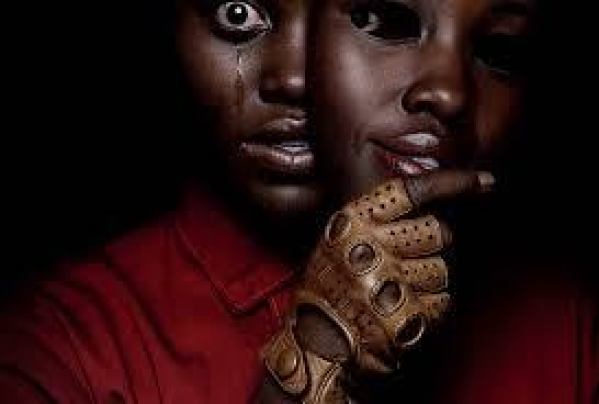 So this is a couple of days late, but not (I’d like to think) a dollar short. All of my fellow SunBreakers saw a lot more in theaters than I did (and there were a couple of movies that were beloved by my cohorts that left me a little nonplussed), so be prepared for some omissions.

That said, the below movies were the ten that clicked strongest with me in 2019. Anyone who knows me knows I’m a genre guy, so my faves do lean heavy into genre. And in contrast to everyone else’s lists, I’m a fan of building anticipation, so I’ll do the countdown thing and start with:

Easily the most emotionally involving documentary I saw in a theater this year, David Hambridge’s study of the final days of Sudan, the last surviving white rhino in captivity, served as a strong character study of the men who devoted their lives to caring for him, and a powerful reminder of the fragility of the creatures populating this planet.

2019 was the year that saw several directors who clicked strongly with debut genre films, encoring with chancier follow-ups. Us was not the lean-and-mean home run that Jordan Peele’s astonishing feature debut, Get Out, was: When your first feature is one of the most adroit balances of biting social commentary, humor, and suspense to be released in the last decade, that’s a lot of awesome to live up to. Don’t expect perfection from Us: By contrast, it’s more erratic, and its reach indisputably exceeds its grasp in places. Do, however, expect ample evidence that Jordan Peele’s mastery with arresting dark-dream nightmare imagery is as potent as his command of suspense.

Another home-run genre debut begets another flawed but mesmerizing jewel. I respected the hell out of Hereditary, Ari Aster’s feature debut (and Toni Collette was flat-out robbed of an Oscar nod for her devastating work in it). But the movie’s unflinching stare into the vortex of deep grief, mortality, and family dysfunction writ large is so harrowing, even I’m resistant to ever watching it again. Midsommar also touches on grief, but from there it wanders into the sun-dappled realm of the dark folk tale, by way of a cutting and surprisingly funny dissection of a dying relationship. There’s also (dare I say it?) a pretty cogent feminist streak at play. A lot of people took it to task for the logic leap it asks of a viewer at the twenty-minute mark, but there’s joy and strange beauty amidst the transfixing world that Aster’s built.

A real left-field surprise for me, this animated French feature takes a pure-schlock high concept—a disembodied hand looking for its original owner—and crafts something far greater than the sum of its (pardon the pun) parts. An affecting romance between a pizza delivery boy and his cynical customer runs parallel with an unlikely, but exhilarating and visually imaginative, adventure story.

Exercises in style seldom pack as much sensory dazzle (that M83 score!) and wry humor as Jann Gonzalez’s ravishing homage to that influential but under-acknowledged film subgenre, the Giallo. Major bonus points for Vanessa Paradis’ prickly, flawed, magnetic turn in the lead.

You can carp all you want about its logic holes. Screw that. The Russos and Marvel saved the best of the MCU v.1 for last here. The three-hour run time zips by, the emotional beats feel fully-earned, the action scenes are oft-jaw-dropping, and the cast is firing on all eight cylinders. If you’re anyone besides Martin Scorsese, it’s damn near impossible to avert getting misty-eyed (Stan Lee’s cameo = all the feels). And that last quiet, beautiful shot made me swoon, dammit.

No. 4: The Lighthouse (Robert Eggers)

I’m still gobsmacked at how Robert Eggers, the director of The Witch (or The VVitch, depending on who you talk to), managed to follow up that very well-received horror film/period thriller with this audacious and galvanizing oddity—and that it actually made it into multiplexes. Eggers’ study of the mounting insanity wrought on two early-twentieth-century lighthouse keepers by isolation is funny as hell, completely immersive, and stunningly well-acted by two leads (Willem Dafoe and Robert Pattinson) who actually look of the time. The last shot is one of the most chilling things I’ve seen in any film all year.

There’s not much more I can add to the very thorough and thoughtful roundtable my esteemed colleagues have already devoted to Bong Joon-Ho’s incredible class-disparity commentary/jet-black comedy/oddly affecting family drama…Except to say that I’m hard-pressed to think of another movie that I’ve seen in recent history that’s engineered a tectonic tonal shift with the utter assurance and mastery on display here. I’m aching to see it again.

Let’s get the quibbling out of the way. If you put a too-fine point on it, Noah Baumbach’s study of a marriage disintegrating could be dismissed as yet another movie about affluent white-people problems. But that’s giving it short shrift. There’s scathing universality to the exposed emotions here, wrought with intense, rough-edged fidelity by Scarlett Johannson and Adam Driver, both of whom give (maybe) career-best performances. Add in a stem-to-stern phenomenal supporting cast (Laura Dern, Ray Liotta, Alan Alda, Wallace Shawn, and Julie Hagerty), and an arc that somehow finds some hope amidst hard truths, and you have something special.

No. 1: Dolemite is My Name (Craig Brewer)

The most joyous two hours I spent in a movie theater in 2019 were thanks to this winning biopic about standup comic-turned-unlikely-movie-star Rudy Ray “Dolemite” Moore. It’s a wonderfully appointed, candy-coated beauty of a period piece, directed with snap and assurance by Craig Brewer. Like Ed Wood, another great film about a filmmaker, Dolemite is My Name also nails the magic generated by a bunch of misfits collaborating to create art (appropriately enough, screenwriters Scott Alexander and Larry Karaszewski penned both movies).

Watching Brewer’s kinetic montage of Moore (sweetly portrayed by Eddie Murphy) crafting his comic persona from folktales told by homeless old-timers isn’t just sharp filmmaking: It’s a thrilling snapshot of one of hip-hop’s formative influences coming to life, and a (yes) joyous celebration of black culture. If Wesley Snipes’ boozy, charismatic turn as actor/director D’urville Martin doesn’t net him an Oscar nod, then someone needs to open up a Dolemite-sized can of whoop-ass on the Motion Picture Academy, damn fast.

And since all of the other cool SunBreak kids are doing it, here’s my stab at my favorite movies of the decade: