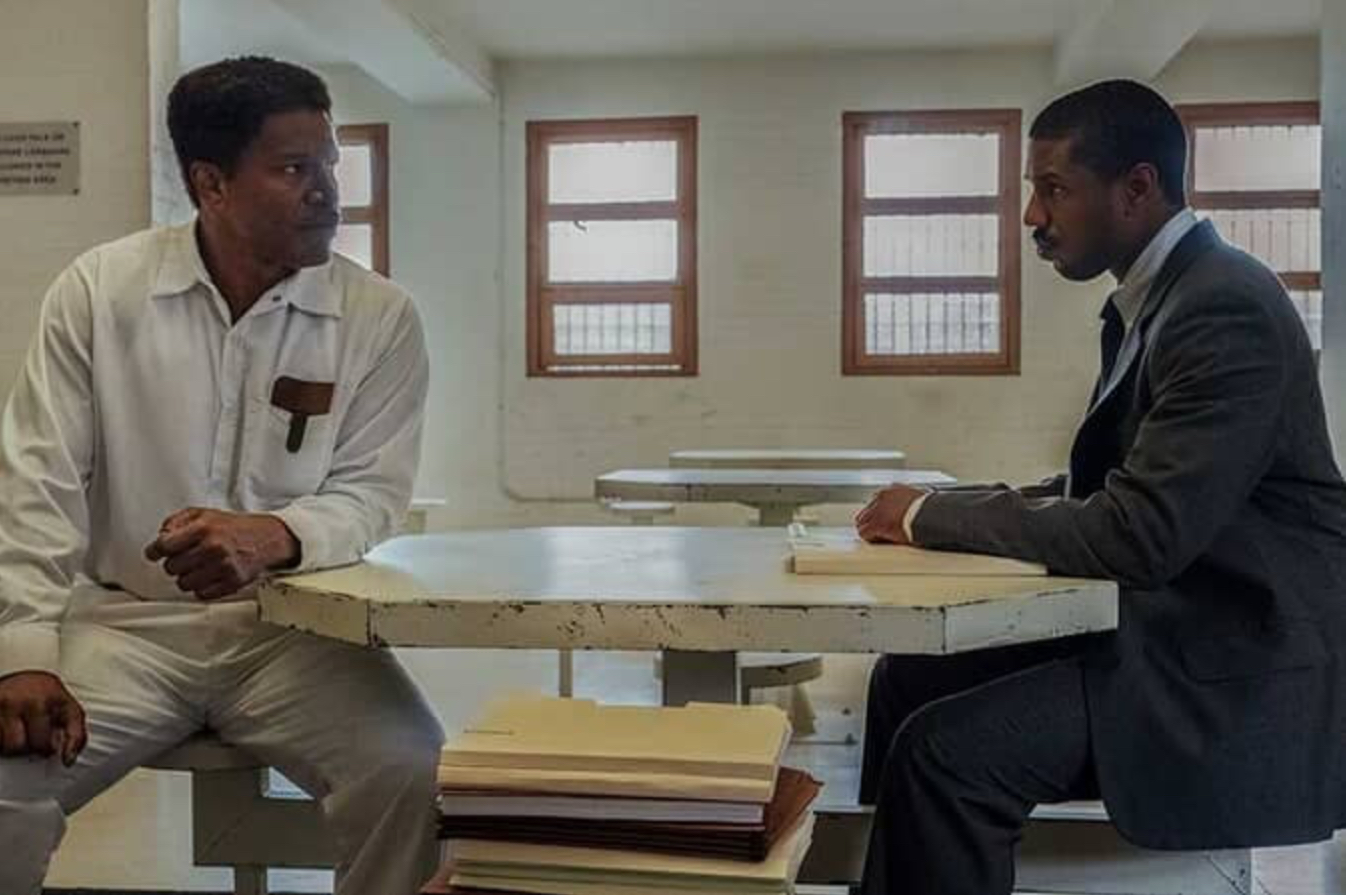 It’s a sad commentary on the inherent crisis of our country’s irreparably broken criminal justice system that there is such a thing a a “death row drama” film genre. Just Mercy is a fairly standard entry in the canon: a couple of do-gooders working tirelessly in a cartoonishly racist setting to overturn the sentence of an unjustly-convicted man who was incarcerated by racist law enforcement on the basis of weak evidence, deeply incompetent representation, and an indifferent criminal justice system.

Here, the protagonist is Bryan Stevenson, a freshly-minted Harvard lawyer who (much to the consternation of his suburban mother) leaves Delaware to plunge himself into running a legal clinic in Alabama (America’s Most Racist State). He’s played by Michael B. Jordan, whose sheer personal magnetism, inherent goodness, and undeniable natural charisma lifts this thin material up and valiantly carries it on his broad shoulders for two hours. Whenever he’s onscreen, the movie is better and you miss him whenever we cut away to other subplots. His partner — refreshingly non-romantic — in this uphill battle is his Short Term 12 alum Brie Larson, who endures an era-appropriate perm to portray the passionate civilian activist who inspired and administers the newly launched Equal Justice Initiative. Jamie Foxx is underused as Walter “Johnny D” McMillian, whose true story of unjust incarceration for a crime that he obviously didn’t commit provides the primary narrative for the drama. His beleaguered character is essentially a jailhouse saint whose innocence is never in question and who has universal support from his family and community. Tim Blake Nelson makes the most of his scenes as a critical witness whose questionable testimony convicted McMilliman and whose potential recantation is key to his appeal. This level of certainty is great for making a squeaky clean case against the familiar outrages of a legal system that is systemically biased against the poor black people, but it stokes much-deserved outrage at the expense of dramatic tension.

With that said, the movie is fine for what it is and does make a compelling case while hitting all the notes.  The seemingly improbable nature of a lone lawyer taking on too many cases with the requisite shots of late night doc review; a young racist prison guard who become slightly less racist after witnessing the cruelty of an execution; the racist white locals socially and violently reacting to a newcomer meddling in long-settled affairs; the warm black family and extended community hungry for justice; a racist sheriff condoning intimidation and a new district attorney unwilling to revisit past mistakes; and even the power of journalism in the form of a real 60 Minutes expose that shifted the mood about the case. Perhaps as an illustration of the system’s lack of compassion, Cretten also includes a subplot about another prisoner who did commit his crime, but whose death sentence is decidedly unmerciful. While this is an understandable instinct, it feels like something that distracts from the core drama of McMillian’s appeal.

For anyone familiar with the rhythm of these stories, the case unspools with few surprises and not too many courtroom fireworks, but it is nevertheless an important story that’s competently made and well acted. I could’ve used a little more in the way of depth, nuance, or uncertainty and fewer educational aftertitles (nearly a dozen that go on for several minutes), but I don’t begrudge its very good intentions. Jordan is one of our best young actors and its always nice to see him in a role where he’s not being repeatedly punched in the face. The film’s success relies entirely on his compelling screen presence and he acquits himself admirably. Based on the audible reactions from some in the preview screening, my guess is that it will likely play well to those whose views align with the right side of history.
☆☆☆