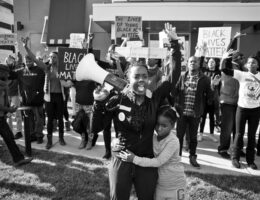 Pain and Beauty Engross You in The Painter and The Thief

Issa Rae and Kumail Nanjiani keep The Lovebirds from Plummeting

On Screen: Traveling from Home 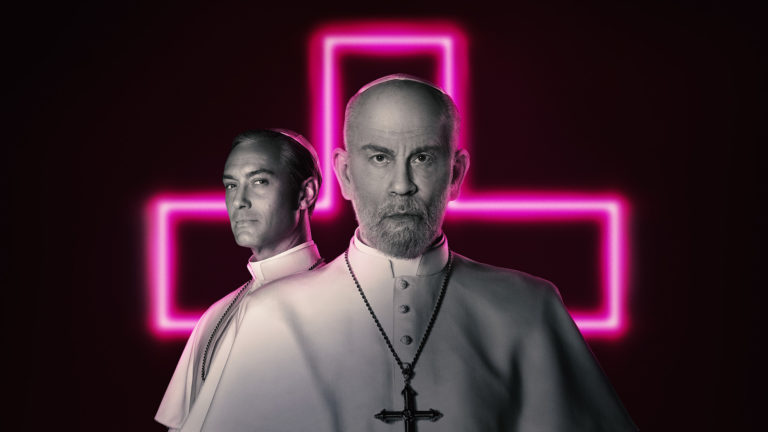 It seems like the dreaded novel coronavirus is striking everywhere, including the movies. Releases of major film franchises have followed in Bond’s footsteps and have been postponed — latest announcements have F9 waiting until next year with other expected big March releases like A Quiet Place II and Mulan postponed indefinitely.

Meanwhile, our beloved SIFF has closed all of its cinemas (Uptown, Film Center, and Egyptian) starting today “until conditions improve sufficiently“. They are still planning for the annual festival, which remains scheduled for May 14 to June 7. In Ballard, Majestic Bay has also “temporarily closed“.

Other theaters remain open for the moment, but in light of the uncertainty, I asked Team Sunbreak to use this week’s On Screen to suggest some of our favorite recent streaming options to keep you occupied while socially distancing. Many of the platforms offer free trial periods, so stagger them strategically!

The New Pope (HBO)
Paolo Sorrentino’s delirious and not-entirely-expected follow-up to the similarly audacious The Young Pope just wrapped up a spectacular season on HBO. I’ve loved his film work — Il Divo and academy award-winning La Grande Bellezza, in particular — so the chance to spend a nine hour stretch in the company of his hyper-stylized worlds, with their luxurious settings, incredible soundtracks, and deeply intriguing characters is among the greatest viewing pleasures I’ve had all year. This sequel picks up where that series left off: (spoiler) with Jude Law’s “Young Pope” Pius XIII (née Lenny Belardo, American conservative) comatose in Venice, the Vatican is uncomfortably in the market for a new Bishop of Rome. Through intrigue, false starts, schemes, and long conclaves, we’re eventually treated to an all-time Malkovich performance (complete with a halting unplaceable sing-song accent) as English bishop Lord John Brannox, a self-described “fragile piece of porcelain”, as the reluctant candidate to fill the ruby slippers. The holy drama is interwoven with an emerging Italian political scandal, grim terrorist threats, a brewing revolt among the nuns, and packs of idolators clamoring for signs of life from the former pontiff. Plus, there’s also a little subplot about a miracle mother turning tricks for a wolfboy. Through all of this, Silvio Orlando carves out an unforgettable role for himself as all-knowing Vatican Secretary of State Cardinal Voiello, easily among the decade’s most endearing and unforgettable characters. I’m not one of those people who calls Twin Peaks: The Return a nineteen hour movie, but Sorrentino has truly made an amazing piece of cinematic work that reckons with faith, power, regret, and the grand sweep of humanity. If you’re willing to surrender to its odd rhythms there’s really nothing else quite like it. ☆☆☆☆☆

Howards End (Starz/PBS)
Though I’d been meaning to watch Kenneth Lonergan’s four-part adaptation of E. M. Forster’s novel for a while, last-minute tickets to The Inheritance — a very long and loose Broadway adaptation that transports the story to a contemporary gay and strangely barefoot New York — finally motivated me to queue it up for my cross-country flight so that I could catch all the references without reading the book. The play was at least partially great (the first) and definitely interesting (the “sequel”), but the onscreen adaptation was all the way terrific. Hayley Atwell (Margaret), Philippa Coulthard (Helen) are the Schlegel sisters with Alex Lawther bringing much needed droll comic relief as their brother Tibby. Matthew Macfadyen (who we’ve come to know for his exceptional performance as Tom on Succession) is Wilcox patriarch Henry; Julia Ormond makes a (spoiler) brief but impactful appearance as his beloved wife Ruth. Lonergan brings a deft touch to the period drama while preserving much of the wit and humor that could easily get lost in a costume drama. The Bast subplot is still kind of weird and melodramatic, but what are you going to do? Watching rich and slightly-less-rich families jockey for love, stability, and real estate is a very fun way to (re-)experience literary classic. (Also streaming on Prime Video) ☆☆☆☆

Hip Hop Evolution  (Netflix)
If you’re a relative neophyte regarding the ubiquitous and world-changing origin and rise of hip-hop, this Netflix original series, now in its fourth season, is an invaluable course in Hip-Hop 101. It’s a story as absorbing as the history of any vital art form can be, and it’s crammed full of interviews with the figures who’ve created and defined the genre. Watching Grandmaster Flash demonstrate how he used crayons, records, and two turntables to essentially create the template for hip-hop beat-making in Season 1 is just one of scores of revelations and magic moments. And even at four seasons, the series has yet to feel like it’s padded or superfluous. –Tony Kay

Miles Davis: Birth of the Cool (2019 | USA | 115 minutes | Stanley Nelson) Stanley Nelson’s chronicle of jazz icon Miles Davis’s life and career is, structurally, a very routine documentary: Talking heads, stills, stock footage, and music. But the story herein is pretty damned riveting. Davis was an inarguable genius who could be an encouraging collaborator with a sharp eye for young jazz talents, even as his drug use and destructive tendencies impacted his work and wrought havoc (and abuse) on his relationships. (Streaming on Netflix) ☆☆☆☆ –Tony Kay

McMillion$ (HBO)
Now that I’m probably the last SunBreak staffer to be sent home to work remotely, I am anxious to use the time I would be commuting to catch up on the new HBO documentary series McMillion$. I’ve been aware of the scam where a former cop was able to rig the McDonald’s Monopoly game and make the most casual of acquaintances rich when this article came out in The Daily Beast in 2018. It felt like a perfect grift for a docu-series and HBO just recently put out McMillion$. I’m anxious to see what is in store with this series. –Chris Burlingame

All the Bright Places (Netflix)
If you’re looking for a angsty teen drama to distract you from the realities of the world at large, then this is a good option. Justice Smith has been on fire the last few years in some heavier roles and well-acted even if playing opposite an animated pokemon character; I’ve yet to be disappointed by one of his performances. Also, Ellie is my favorite of the two Fannings so it’s a safe bet that this film will be almost exactly what you expect it to be and right now that’s a relief even if it is a heart wrenching hour and forty-eight minutes. –Morgen Schuler

Booksmart (streaming on Hulu)
As one of my favorites from last year, this is a delightful surprise to find on Hulu. If you’re like me and just want to watch anything that will make you laugh then this is it, hands down. I love this movie inside and out, you can’t go wrong with high school antics, smart writing, and great acting. It’s ridiculous and well worth your house-bound attention (though maybe wait till the kids go to bed on this one). ☆☆☆☆☆ –Morgen Schuler