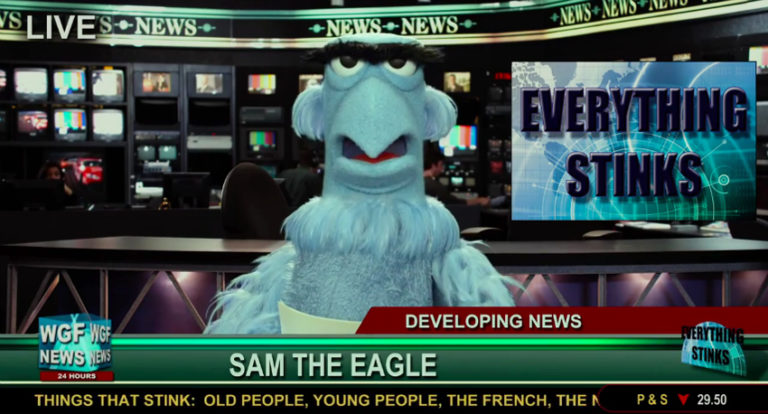 Washington’s Stay-at-Home order was extended through May 4, which might be the earliest theaters can reopen.

Or maybe not. The movie theater may quite literally be dead. AMC Theatres may not be reopening when this is all done, after having their credit rating lowered.

Local, small business Amazon has announced they are going to stream films from last month’s canceled SXSW festival for ten days, and for free. It remains to be seen what those films will be and over what ten day period, but it’s an exciting development, nonetheless.

SIFF 2020 may be no mas, but there’s always Ashland. The Ashland International Film Festival, in Ashland, OR, has gone digital and will be running from May 22 to June 14. They explain, “Every feature film will be showcased for a 4 to 24-hour period.  Just subscribe to the Ashland Independent Film Festival, rent the feature (or enter your free voucher code), and watch anytime during the period of availability.”

Be Kind, Rewindturn. Have items from Scarecrow Video that you would like to return, but the store is closed? They said in an e-mail that went out this week, ” We’re being very flexible on due dates for your current rentals and will not impose late fees on items that were due during our closure. If you have rentals out and you can safely return them in our drop slots when you’re out, this will be extremely helpful and avoid a massive check-in backlog when we return. The drop slots will be open 24/7. If your circumstances do not permit returning them, however, we completely understand. Keep checking scarecrow.com and social for more information about when we’ll return.” They also have a rent-by-mail program that has been in effect since November.

SIFF is back, baby. Just online, for now. Josh said in his post last week:

SIFF, who had been bunkered down in the wake of the cancellation of the festival, have also hopped into the virtual cinema game, rolling out three newish releases for home viewing: Romanian crime drama The Whistlers, gerrymandering documentary Slay the Dragon, and Once Were Brothers: Robbie Robertson and the Band are all now online. In addition to launching this online platform, SIFF also announced a (potentially) huge donation: an anonymous $300,000 in matching funds — contribute online to help reach this goal.

SPLIFF is also online and available for streaming. The Stranger‘s small festival by and for stoners is online with a PWYC model.