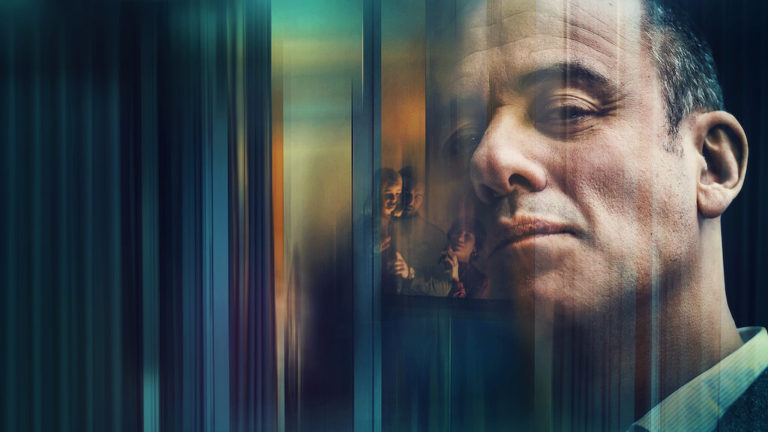 Javier Muñoz is a broken man. He was once a wildly successful advertising executive who sold most of Spain on the idea that the perfect family could be achieved through the right dishwasher. But today, he’s a shell of himself: no one wants to hire him, and if they do, they certainly don’t want to pay him, and he needs to sell his nice condo off and move into a smaller apartment to make ends meet. It might even be worse for his family. Like the historian Garry Wills once wrote, “There is one thing worse than being a violated man. Being a violated man’s wife.” His wife, lovely and patient as she is, has to work a demeaning job and his son is overweight and the object of ridicule from his private school classmates.

But Javier (Javier Gutiérrez) finds that he has a growing envy of the new occupants to his old condo. As luck would have it, he can enter his old home as often as he wants. That envy leads to obsession and Javier is soon stalking Tomãs (Mario Casas), including at his AA meetings. Consider The Occupant, a new Spanish-language thriller that just debuted on Netflix, like what Parasite would be if it was made by sociopaths, or perverts.

The emergence of Javier from pathetic to full-blown monster is interesting to watch, but I also wish the class politics between rich and poor was explored a little more than it was. I would’ve liked to have learned more about Spanish society and how it led to Javier’s predicament. That is of little interest to the filmmakers, however. The movie is focused almost exclusively on Javier’s descent into chaos. I found it a bit fantastical that so many of his lies were taken at face-value from people who were already suspicious of him. There’s also a subplot involving the gardener of Javier’s old/Tomãs’s new condo that will turn any sane person’s stomach.

There are some genuine thrills here, like some of the extents that Javier is willing to go to to befriend (and then betray) Tomãs. The work he puts in and the sacrifices he makes, are noteworthy. It should also be noted that the acting from Javier Gutiérrez is very strong. Going from a man drowning in his own pathos to an empathy-less ghoul is not an easy function.

I do very much appreciate Netflix’s foray into foreign language films and making them accessible globally. There is an appetite for that. I just wanted to like The Occupant more than I actually did. It has a lot to enjoy but there are simply better films in your queue.