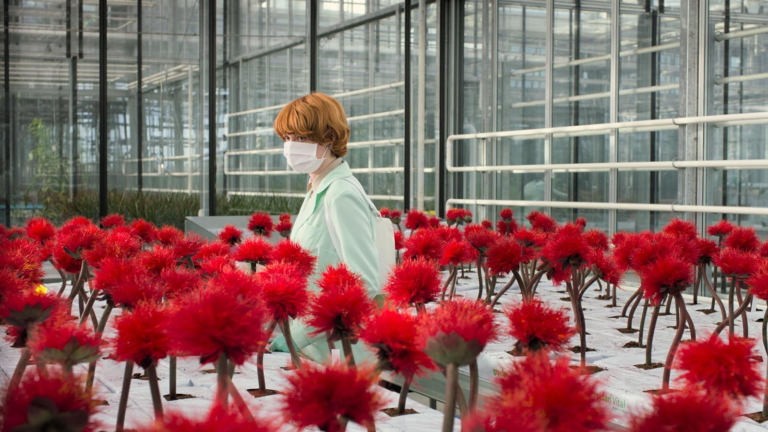 For months and months I’ve been dying to catch a glimpse of Little Joe (I was even squirming about it back in December); the cerebral thriller for plant fanatics and geneticists alike. Just kidding, it’s for every dang person that likes a slow build, a creepy finish, and a gorgeous color palette. We can now rejoice as it’s been added to Hulu’s weirdly impressive list of fresh films ready for viewing. As an aside, who else was shocked to see Parasite pop up out of the blue? You so crazy Hulu.

Little Joe isn’t your run-of-the-mill horror film though, it’s a discussion on how hard-up we are these days to feel good. I’m not talking post-COVID here, I’m talking the state of the world as we knew it. Stressers are everywhere, our country can’t seem to agree on anything politically; protests, Xanax, failing economies, you name it. A single solution sounds so enticing: a plant that makes you happy? Yes please!

After the fact, when I allowed the story to sink in, I realized it was crazy, but as the zombie-like changes took over in the beginning, it honestly didn’t seem all that bad. I realized I would have been OK with a “happy” brain (but then I probably wouldn’t survive long in a good ol’ fashioned zombie apocalypse either). Yikes. That might say more about my current state of mind than anything else, but I have a feeling you’ll relate.

What really freaked me out is when the only sane person left started to feel insane. That’s one of my nightmares, thinking I’m sane, knowing in my mind I’m sane, but considered crazy by everyone else around me. Then you start to question your own judgement. It’s infuriating and scary and there’s nothing you can do about it! Oof, just thinking about that gives me the willies. That being said, watching someone else going through it makes for damn good entertainment. Does that make me a bad person? Probably.

One last thing I really wanted to add: the delicious mint green and red color palette evoke a striking emotional reaction and I’m all about visuals. Films created with a color palette in mind always stick with me longer than those that don’t.

All of this is to say Little Joe is a must see.