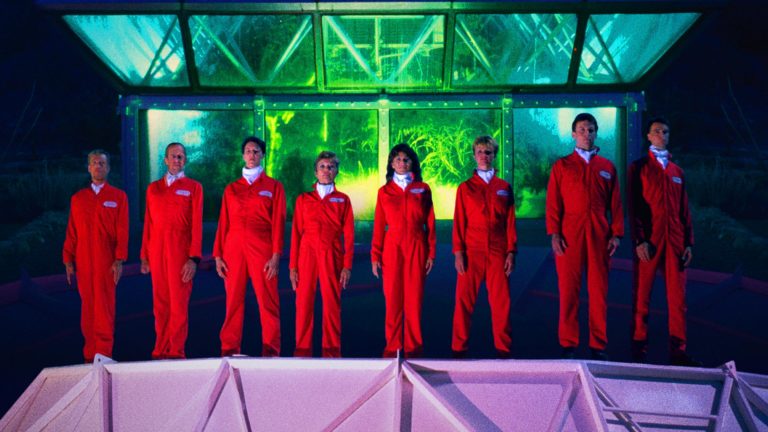 Sure it’s going to be a beautiful weekend, but that’s never stopped Seattleites from hiding out and watching movies. Stay safe at home with some of the highlights of this week’s latest virtual viewing options, most of which support the local theaters and organizations that can’t wait to see you in person again soon.

I am old enough to remember when The Stranger‘s Dan Savage’s annual HUMP! film festival was a chance for locals to be adult film stars for one weekend by making short homemade films and sharing them for consumption by a raucous crowd of locals in one small theater, after which the tapes were destroyed and never seen again. Since then, the little local film festival has swollen to include multiple weekends in town and long-running nationwide road trips, motivating submissions from far beyond the Seattle city limits. This year, “Because Corona”, instead of touring the provinces the once-communal festivities have made the jump to “online” (pornography on the internet?!? what will they think of next??) with a series of weekly livestreams. For the replay of the 15th annual selection, you’ll still get Dan’s introduction, but you’ll have to supply your own shot of well whiskey (or perhaps a newly-allowed to-go cocktail) to get you in the mood for sixteen short (not that size matters) films. And for better or worse, you’ll be watching more or less at home alone, away from the reactions of others often experiencing an unfamiliar kink for the first time. The premiere of is Saturday May 9 at 7pm with others to follow through June 12th.

Three Dollar Bill Cinema is partnering with Northwest Film Forum to bring this year’s Translations Film Festival online. The event runs from May 7-10 and aims to provide the Pacific Northwest with a venue for films by, for, and about transgender, non-binary, and gender-diverse people and the issues facing the community. Individual tickets are on a sliding scale with full passes still available for $75. (full schedule)

To its many previously-mentioned online offerings, this week SIFF’s virtual cinema adds Spaceship Earth, an oddly-appropriate bit of quarantine viewing from director Matt Wolf. If you think you’re nerves have been frayed by a few months at home, with all the comforts of Netflix and Zoom, strengthen your resolve with this documentary about the eight “visionaries” who spent two years living inside a crazy greenhouse in the middle of the desert called BIOSPHERE 2. Neon has organized a series of Q&As with Wolf and some of the Bionauts featured in the film to coincide with opening weekend screenings. SIFF is also making Wolf’s first feature documentary Wild Combination: A Portrait of Arthur Russell available for streaming and as the subject of this week’s SIFF Movie Club on Wednesday May 13.

The Grand Illusion continues their run of Capital in the Twenty-First Century and adds two more new films: Abner Patoll’s new “killer-thriller” A Good Woman is Hard to Find and Keiichi Hara’s animated feature about a girl who, by way of a mysterious alchemist, discovers a fantastical world of magic and color in her basement, The Wonderland. All three are available now, and ticket sales support the local theater.

Finally, stay-at-home orders prevent weekend getaways to the San Juans, but you can still support Eastsound’s beloved Sea View Theater through a virtual cinema partnership with the Orcas Island Film Festival. The selection of foreign, independent, and documentary films is impressive, including new comedies from French directors whose previous work I’ve adored: Christophe Honoré (On A Magical Night, whose star won best actress at Cannes) and Cedric Klapish (Someone, Somewhere, a Parisian star-crossed romance. Paris! Doesn’t that sound nice right about now?).