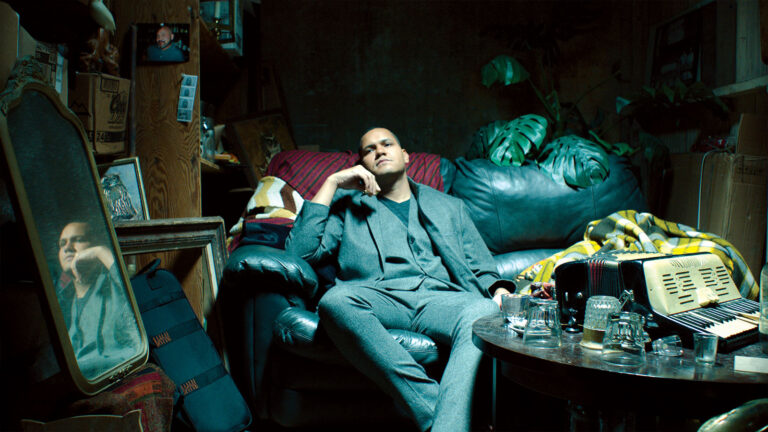 In another timeline, Thin Skin, Charles Mudede’s film adaptation of Ahamefule Oluo’s off-Broadway production Now I’m Fine (and This American Life segment, “the Wedding Crasher“) might’ve gotten a gala showing at the Seattle International Film Festival. Funded in part by a SIFF grant, directed The Stranger’s longtime film editor and cultural critic whose previous films showed at Sundance and Cannes; co-written by Stranger alum Lindy West whose bestselling memoir Shrill was turned into a successful show on Hulu; and co-starring Ijeoma Oluo whose So You Want to Talk About Race? surged to the top of the charts in the wake of this summer’s Black Lives Matter protests; the film is a who’s who of Seattle celebrities that’s also something of a family affair (Aham and Lindy are married, Ijeoma is his sister).

But alas, SIFF took the year off, and now the film is getting what appears to be its world premiere at the Bentonville Film Festival on Tuesday. While getting to Arkansas to see the film isn’t an option, Geena Davis’s film festival has gone mostly online this year and you can watch it tomorrow from the comfort of home. I saw a preview last year at SIFF when the film won a $50,000 grant from the Clark Family Legacy Foundation Film and can’t wait to see the final cut. Tickets cost $12 and are good for a 24 hour viewing window limited to Tuesday August 11th.

Elsewhere in virtual cinema, the Grand Illusion is featuring Carmilla, Emily Harris’s adaptation of Joseph Seridan Le Fanu’s coming-of-age vampire novella in which a mysterious visitor crashes into the secluded life of a fifteen-year-old on a country estate. New offerings at SIFF’s virtual cinema include Duterte documentary A Thousand Cuts and Out Stealing Horses, an adaptation of Per Petterson’s bestselling novel that finds Stellan Skarsgård in lead role as a grieving older man reflecting on his youth from an isolated cabin in the Norwegian woods on the precipice of the new millennium. It was a real page turner in 2007! SIFF’s presentation of the film includes a exclusive discussion between Skarsgård and director Hans Petter Moland.