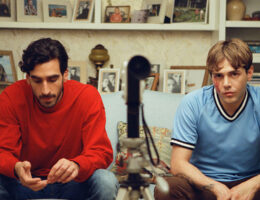 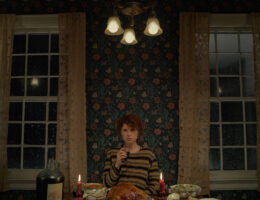 Each year since 1935, American Legion posts from all around the country select promising high school juniors to represent their towns in a summer civics exercise called Boys State (or, the gender-separated counterpart, Girls State), in which a thousand students spend a week in their state’s capital learning about the fundamentals of governance. The annual program is prestigious crash course in electoral politics whose alumni include the likes of Bill Clinton, Dick Cheney, Cory Booker, Samuel Alito, Lamar Alexander, and Rush Limbaugh. In June of 2018, directors Amanda McBaine and Jesse Moss brought a team six camera teams deep into the heart of Texas to document the political intrigue that unfolds when a bunch of seventeen-year-olds are randomly assigned to fictional parties and left to their own devices to populate a statewide political ecosystem from the ground up: from filling local offices, forming a media, choosing state legislators, all the way up to a race for the ultimate prize of becoming governor. For those of us deeply frustrated with the politics of the real world, the setup feels primed to reveal a glimmer of hope from the next generation. What they found, instead, in this often horrifying chronicle is a sobering warning that the kids are definitely not alright.

McBaine and Moss could’ve have hardly chosen better in terms of selecting four kids to follow through the week as ideologically and sociodemographically diverse windows into the governmental Lord of the Flies that plays out in Austin. Steven, earnest son of Mexican immigrants, was inspired into the political scene as a young volunteer for Bernie Sanders, views fellow vertically-challenged leader Napolean Bonaparte as a role model, and arrives at the Capitol wearing a Beto O’Rourke t-shirt. Robert, a tall white guy with West Point ambitions and a background including Bitcoin profiteer, Senate Page, and football team co-captain, arrives with the instant back-slapping B.M.O.C. energy of a bro who does push-ups just for fun. Ben, a double-amputee, is a political junkie from San Antonio with a talking Reagan doll on his shelves, archives of great speeches on his hard drive, and dreams of a FBI or CIA career in his heart. Finally, René, one of the few African-American faces in a sea of white kids, is still adjusting to the culture shock of having just moved to Texas from Chicago and wonders whether his interests in racial justice and prison reform will play well in this overwhelmingly conservative setting.

While Steven and Robert contend to win the role of Governor, Ben and René find themselves as the power brokers leading two warring parties. You wonder whether the crew got extremely lucky with their picks or whether being surrounded by a team of documentarians might have helped to elevate these kids’ profiles among their peers.

Seemingly within moments of being divided into two parties — not on the basis of ideology or opinions, mind you — an intense tribalism emerges among the boys. Well before they even begin to form a party platform, testosterone-fueled instant bonding generates an immediate focus on dominating their opponents as the highest possible priority. Left to their own devices, boys who presumably convinced kindly American Legionnaires of their earnest bona fides during selection interviews are proposing things like Texan secession, changing the pronunciation of W from “double-you” to “dubya”, and the banning of Priuses as major legislative priorities. More alarmingly, the most galvanizing issues for these teen boys are open access to guns and severe restrictions on reproductive freedoms.

Watching all of this develop, it didn’t take long for me to write “this is a bad activity” in my notes, as I came to realize that the aim of the hypercharged week of nerds gone wild was, by design, less about simulating competent governance than prioritizing winning elections at all costs. It’s both baked into the structure of the event and into the competitive nature of the boys who participate.

Watching these kids, it’s also unsettlingly clear that they’ve been paying close attention to the grown-ups and have largely absorbed the bleakest possible lessons from their keen observations. Every inspirational speech, spark of compassion, or fast friendship, is counterbalanced by calculated smear campaigns spreading like wildfire on Instagram, oppo research turning up wedge issues from a candidate’s past, and exaggerated accusations tilting the electorate’s sentiments.

Although the lessons are grim, particularly in the heat of a real-life high-stakes election, I’m still glad to have met these impressive teens: Steven’s heartwarming rise from soft-spoken idealist to a real contender, René resilience amid obtuse impeachment challenges, Robert’s fast loyalties and life-lessons about whether “penis measuring” is too vulgar for the political discourse, and the scary dexterity with which Ben spots talent and assembles a well-oiled political machine from disparate factions. All of these guys are clearly bound for success, but it’s more than a little soul-crushing to see them learning in real-time that their ambitions are better served by damping (or fully misrepresenting) their true beliefs and that division is a far more convincing strategy than unity, all for a “job” whose only actual responsibility accepting victory hours before being sent home.

Despite the malaise that results from seeing the worst contemporary adult behaviors reflected in the dark mirror of fresh-faced children, the film remains a compelling and great-looking ground-level political document. Camera crews hover around the principals, bringing us inside the hurly burly of teen politics, from working the crowds, behind the scenes with vicious backroom strategy sessions, and along on rowdy committee meetings. By immersing us in this environment, McBaine and Moss convey the intoxicating quest for power, the allure of alliances and conflict, and the gnawing despair that comes with recognizing that these youthful perversions of democracy were learned by watching us.

Boys State is available to stream on Apple TV+