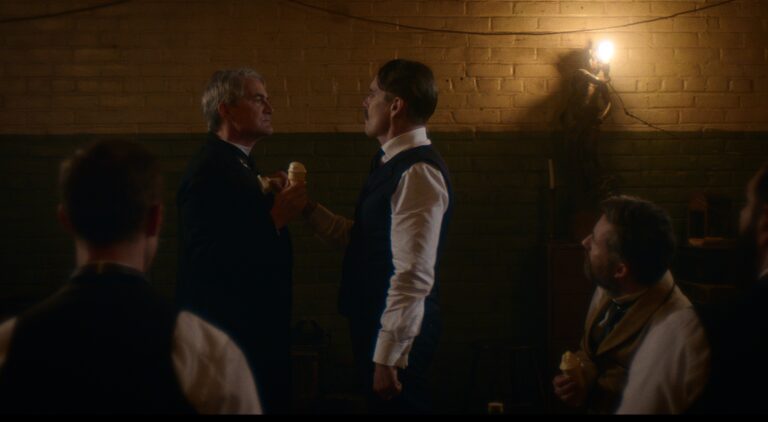 This weekend marks the tenuous return of movies to theaters: the New Mutants, the beleaguered entry from 20th Century‘s remaining slice of Marvel intellectual property, finds the baby X-men in a horror mode. Originally scheduled for release back in 2018, the film was kicked back on the calendar so many times that people began to wonder whether it actually existed. And now, improbably the studio has set it loose into theaters rather than VOD in the midst of a pandemic. It wasn’t screened for critics; so The Rodeo Drive-in in Bremerton seems like the safest semi-local option for sating any morbid curiosity about its merits without risking your health by venturing into a theater.

If you’d rather screen new movies from home, Morgen already plugged MoPOP’s Science Fiction and Fantasy Film Festival’s transition to the online realm. This weekend, Northwest Film Forum virtually presents the Seattle Arab Film Festival, a series of short and feature-length films organized around four programs: In the Diaspora, Youth in Focus, Family and Culture, and Strong Female Lead. The program runs through September 1st and is priced on a sliding scale from $0-25.

SIFF’s Virtual Cinema is freshly restocked with a slate of new documentaries. The spectrum of fashion is on display with House of Cardin, about the “glorious career” of designer Pierre Cardin, and Made in Bangladesh, a dramatization chronicling a garment worker’s turbulent efforts to form a union in the wake of a dangerous factory fire. A live Q&A with director Rubaiyat Hossain, activist Daliya Akter, and actors Shimu Rikita Nandini and Novera Ahmed will be held on Tuesday, September 1 at 6:30pm. In other portraits of artists, Nomad: In the Footsteps of Bruce Chatwin finds legendary filmmaker Werner Herzog traveling around the world revisiting the journeys of a charismatic writer friend who died from AIDS nearly three decades ago; Mr. Soul! celebrates the life and times of Ellis Haizlip, who shared emerging Black American culture and art via a revolutionary weekly public television show from 1968-1973. Director Melissa Haizlip will join Seattle Black Film Festival director Andrea Stuart-Lehalle and curator Zola Mumford Friday September 4 at 8:00pm PT for a live Q&A to discuss her new film about her uncle’s trailblazing career. Ticket sales benefit SIFF and the LANGSTON Seattle Black Film Festival.

While we’re at it, a couple recent VOD releases of note:

While David Bowie probably still holds the title of most oddball film impression of visionary inventor Nikola Tesla (via his role in Christopher Nolan’s dueling magicians drama The Prestige), Ethan Hawke portrays the turn-of-the-century scientist with more than suitable weirdness: aloof, ever-besuited, with head on fire with ideas and a hollow-eyed bemusement at his own center-parted, mustached, corporeal existence at war with a mind on fire with ideas. Kyle MacLachlan channels Thomas Edison, Tesla’s foil in the electricity wars, as another absolute weirdo: a single-minded inventor and success-driven businessman who we first meet late at night in his crowded lab, working by candlelight and accordion music, recounting without emotion a story about witnessing a childhood friend’s drowning in the Erie canal. This ongoing competition is a reunion of sorts for the actors and director Michael Almereyda (his year 2000 screen-heavy modernization of Hamlet also cast them as nemeses), who again makes many unconventional choices in staging the biopic. Much of the story is narrated by Anne Morgan (Eve Hewson, so good in the Knick, plays the daughter of financial titan J.P. who becomes fascinated with the title character) from outside of time and space, relying on projections, Google Image Searches, and flights of fancy, the least of which involves the rivals smashing ice cream cones in each other’s faces. The broad strokes of history are all there — the alternating vs. direct current competition, Tesla’s alliance with Westinghouse and the triumph of the Chicago World’s Fair, the horrors of electricity as a form of capital punishment, those magical glowing lights — but his genius plays out alongside idiosyncrasies like germaphobia, an infatuation with French actress Sarah Bernhardt (Rebecca Dayan), and a belief that he’s picking up communications from Martians. As the story progresses toward Tesla’s experiments in Colorado Springs, seeking to harness lighting to send waves of electricity through the Earth, the film’s grasp on reality becomes similarly unmoored, the present leaks into the past, and the set design veers from practical recreations to having the actors perform in front of models and screens, with a frustrated Tesla describing his experiments as “It’s as if I’m trying to tame a wild cat and I’ve become nothing but a mass of bloody scratches”. I’m not entirely sure if, by its bonkers ending, the movie succeeds or ends up in covered in scratches, but for a time, it really does cast an enrapturing mood. If nothing else, it makes a coherent case to forcefully remind audiences that the unwilling namesake for present day weird scientist / hype man Elon Musk’s electric car company was a true visionary who saw much of our future well before it was possible.

On the other end of the spectrum of inventions gone horribly wrong, this weekend HBOMax premieres a new documentary about the excesses of the 1980s in the form of a New Jersey theme park started by tycoon who was banned from Wall Street due to questionable peddling of penny stocks. Staffed almost entirely by teenagers and constructed with a stock speculator’s negligible interest in safety, the titular Action Park began as means of bringing revenues to a ski resort during the summer off-season and soon became a hotspot for area youth to risk their lives for thrills on extreme water rides. Illustrated with animations and pulling from archival footage, the film largely plays out as a tour of some of the park’s most dangerous attractions — a water slide with a 9G loop-de-loop, twenty-foot cliff dives, “Tarzan swings” dropping kids into icy waters, poorly-engineered re-creations of Class 5 river rafting, to name a few — and covers the ill-advised expansion into thrills like high-speed mountain sledding, beer tent-adjacent go-carts, and speed boats in an electrified pond. Narrated by John Hodgman, the film relies on recollections from former employees and attendees like comedian Chris Gethard, who recall their time at the park with a mix of disbelief, nostalgia, and amazement that the place was ever allowed to exist. Although their stories of the park’s insanity and frequent injuries are mostly told with a twisted sense of Jersey pride at having survived a teenage mayhem in which scars were worn as a badge of honor, the filmmakers balance the levity with stories of families whose lives where devastated by the callous disregard for safety and reveal some of the business practices that allowed it to stay around for so long. Juxtaposed with modern standards of helicopter parenting and arriving on our televisions at a time when sharing an indoor space with a few unmasked strangers feels like an intolerable risk, the film makes for a wild and entertaining mind-boggling tour of an unbelievable slice of amusement park history that’s best left in the past.

Tesla, which won the Alfred P. Sloan prize for science filmmaking at Sundance, is now rentable on a variety of platforms; Class Action Park is available on HBOMax.