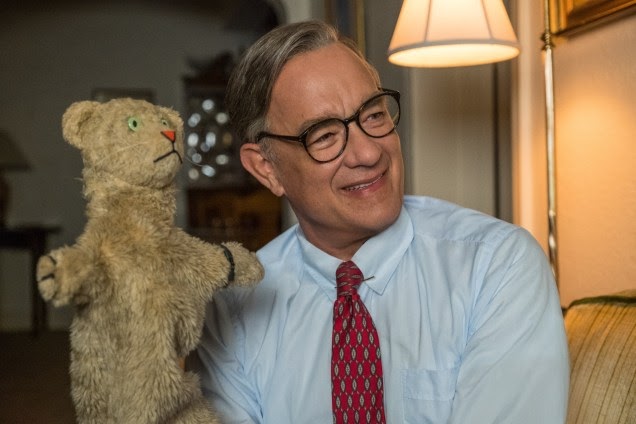 The very biggest release of this moviegoing week is Disney’s much-anticipated return to the Frozen Cinematic Universe. Chris caught a preview and recommends that you head back to Arendelle to build a snowman with all of your old friends. But as big as that one’s sure to be, plenty of other movies are opening this week to vie for your affections.

The other youth-themed nostalgia piece getting a jump on the busy Thanksgiving weekend is more adult targeted: Mr. Rogers biopic, A Beautiful Day in the Neighborhood. Tom Hanks dons the red cardigan and comfortable shoes in the title role; the trailers left me a bit dubious of his accent work, but Hollywood’s favorite actor playing everyone’s favorite childhood memory seem like a match made in Oscar Heaven. The film is based on Tom Junod’s excellent 1998 profile “Can You Say … Hero” and I loved the depth that Muriel Heller brought to Lee Heller biopic Can You Ever Forgive Me? two years ago; so I’m more than willing to remain open-minded to this visit to the land of sentimentality.

This weekend’s biopic landscape also includes the arrival of Honey Boy in wider release after a successful stint making the rounds on the festival circuit. Working from an autobiographical script by Shia LaBeouf, Alma Har’el and cinematographer Natasha Braier delicately captured the actor working through his very complicated daddy issues. LaBoeuf plays his own rodeo clown father while Noah Jupe and Lucas Hedges split duties playing LaBeouf as a child actor in seedy motels and an adult action hero crashing off of film sets and into rehab. I caught it at OIFF, and found the experience of watching this sensitive and dreamy film to be deeply strange, yet also a surprisingly-affecting experience of witnessing art therapy.

I’d be remiss if I didn’t mention that the Crest is among the few remaining places in the country where you can watch The Irishman on a big screen like Martin Scorsese intended it. I saw early this week during its limited stint at Cinerama and while I wasn’t crazy about the CGI youth and aging serum, I can confidently say that (for me) the decades-spanning ramble through the intertwined histories of organized crime and organized labor plays best in a distraction-free environment. It’s hard to say that a three and a half hour movie sneaks up on you, but somehow that’s exactly what it did for me. I found myself surprisingly moved as it reached its closing frame. More power to anyone with the patience to sink into this at home, but surrender to it in a cinema if you can. ☆☆☆☆

I’m also extremely excited to see Rian Johnson’s star-studded murder mystery, Knives Out. It’s officially opening just in time to satisfy your post-prandial Thanksgiving Day “maybe we should all get out of the house to see a movie?” urges, but there are a couple of preview screenings on Friday and Saturday if you can’t wait until after dessert.

Plus, this two-night only repertory recommendation from Chris: